Among the world's rarest geese species, Cape Barren Geese (Cereopsis novaehollandiae) walk a beach of Maria Island National Park, Tasmania, Australia. Ability to drink salty or brackish water allows them to live on islands year-round. Cape Barren Geese were introduced to Maria Island National Park in 1968 from Bass Strait Islands to help ensure their survival as a species. Now they thrive and are no longer endangered. They naturally range across the coasts and islands of southern Australia. These bulky geese have grey plumage with black spots. The tail and flight feathers are blackish and the legs are pink with black feet. The short, decurved black bill and green cere gives it a peculiar expression. The Cape Barren Goose weighs 3 to 7 kg (6.6 to 15 lb) and has a 150 to 190 cm (59 to 75 in) wingspan; males are somewhat larger than females. It feeds by grazing and rarely swims. As Australia's only native goose, it was first sighted on Cape Barren Island (second largest of the Furneaux Group of 52 islands northeast of Tasmania). Cape Barren Island has the distinction of being "the largest island of the largest island (Flinders Island) of the largest island (Tasmania) of the largest island (Australia)." 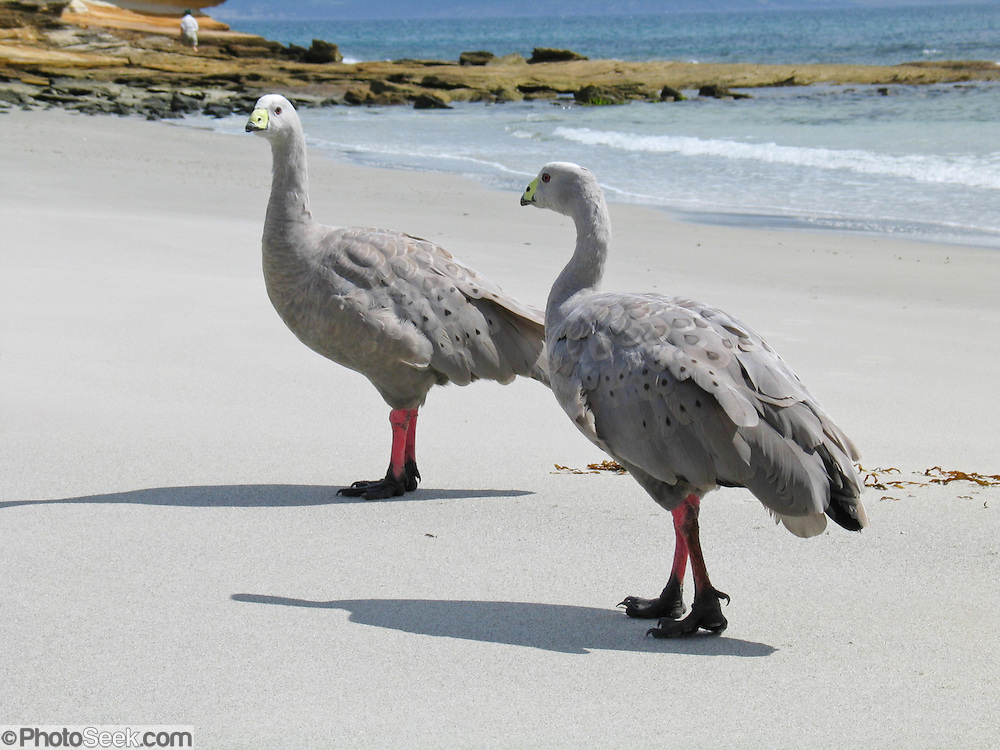