A Gentoo Penguin chick (Pygoscelis papua) bites a tripod leg, on Aicho Island, Antarctica. "Don't approach penguins closer than 15 feet," says an Antarctic tourism rule in 2005. But if you lie down on the ground more than 15 feet away, a curious Gentoo Penguin chick may approach you. An adult Gentoo Penguin has a bright orange-red bill and a wide white stripe extending across the top of its head. Chicks have grey backs with white fronts. Of all penguins, Gentoos have the most prominent tail, which sweeps from side to side as they waddle on land, hence the scientific name Pygoscelis, "rump-tailed." As the the third largest species of penguin, adult Gentoos reach 51 to 90 cm (20-36 in) high. They are the fastest underwater swimming penguin, reaching speeds of 36 km per hour. 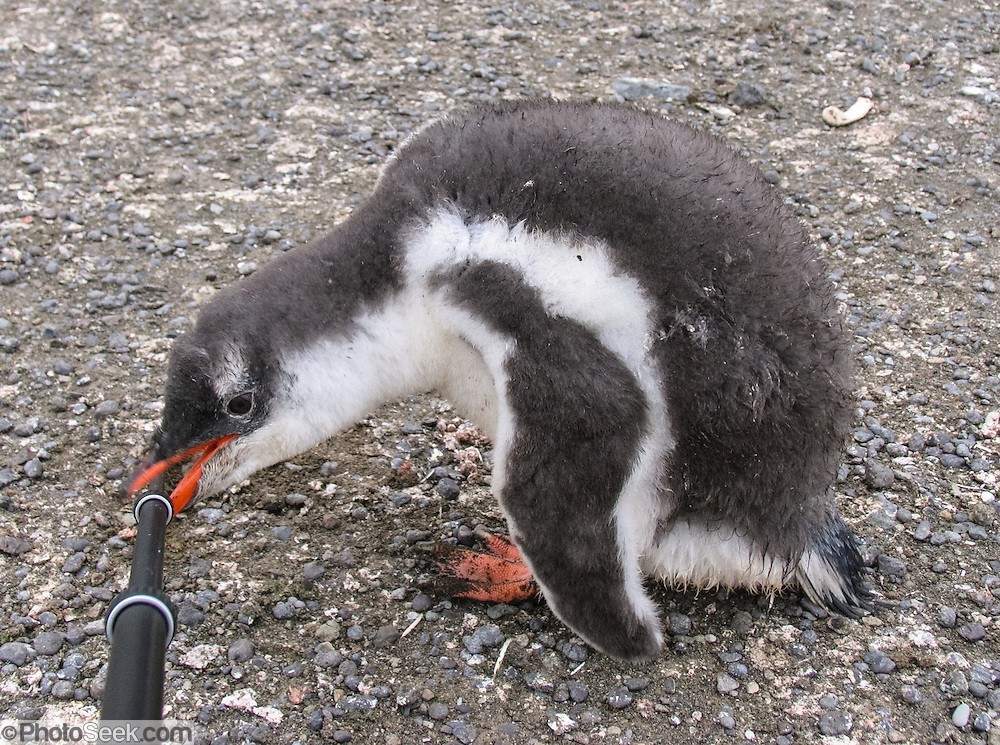