Gentoo Penguins (Pygoscelis papua) emerge from iceberg bejeweled waters of the Southern Ocean to waddle to their summer colony on Cuverville Island, Antarctica. On the left one penguin feeds two chicks by mouth. An adult Gentoo Penguin has a bright orange-red bill and a wide white stripe extending across the top of its head. Chicks have grey backs with white fronts. Of all penguins, Gentoos have the most prominent tail, which sweeps from side to side as they waddle on land, hence the scientific name Pygoscelis, "rump-tailed." As the the third largest species of penguin, adult Gentoos reach 51 to 90 cm (20-36 in) high. They are the fastest underwater swimming penguin, reaching speeds of 36 km per hour. The rocky Cuverville Island is in Errera Channel off the west coast of Graham Land, the north portion of the Antarctic Peninsula. The island was discovered by the Belgian Antarctic Expedition (1897-1899) under Adrien de Gerlache, who named it for J.M.A. Cavelier de Cuverville (1834-1912), a vice admiral of the French Navy. Cuverville Island or Île de Cavelier de Cuverville is located at 64 degrees 41 minutes South Latitude and 62 degrees 38 minutes West Longitude. 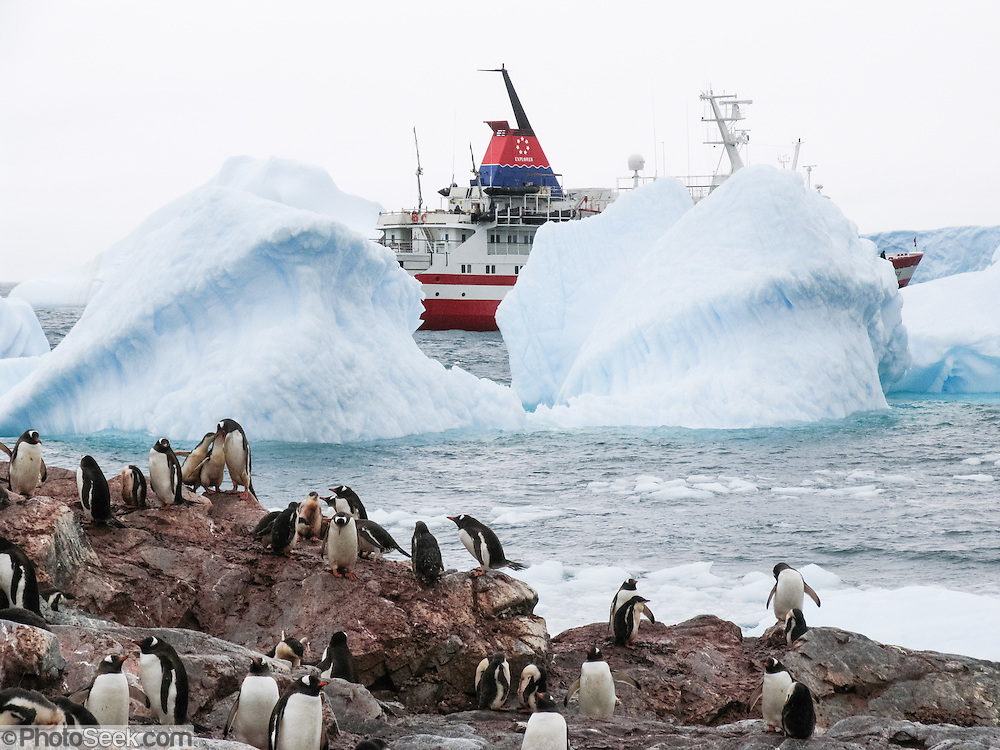