Tom and Carol Dempsey visit the continent of Antarctica at Neko Harbor, Graham Land, Antarctic Peninsula. We cruised here on the red and white ship M/S Explorer in February 2005 and made a wet landing using Zodiac boats. Glaciers calve icebergs into the Southern Ocean. An adult Gentoo Penguin (Pygoscelis papua) has a bright orange-red bill and a wide white stripe extending across the top of its head. Chicks have grey backs with white fronts. Of all penguins, Gentoos have the most prominent tail, which sweeps from side to side as they waddle on land, hence the scientific name Pygoscelis, "rump-tailed." As the the third largest species of penguin, adult Gentoos reach 51 to 90 cm (20-36 in) high. They are the fastest underwater swimming penguin, reaching speeds of 36 km per hour. Published in November/December 2008 Sierra Magazine, Sierra Club Outings. For licensing options, please inquire. 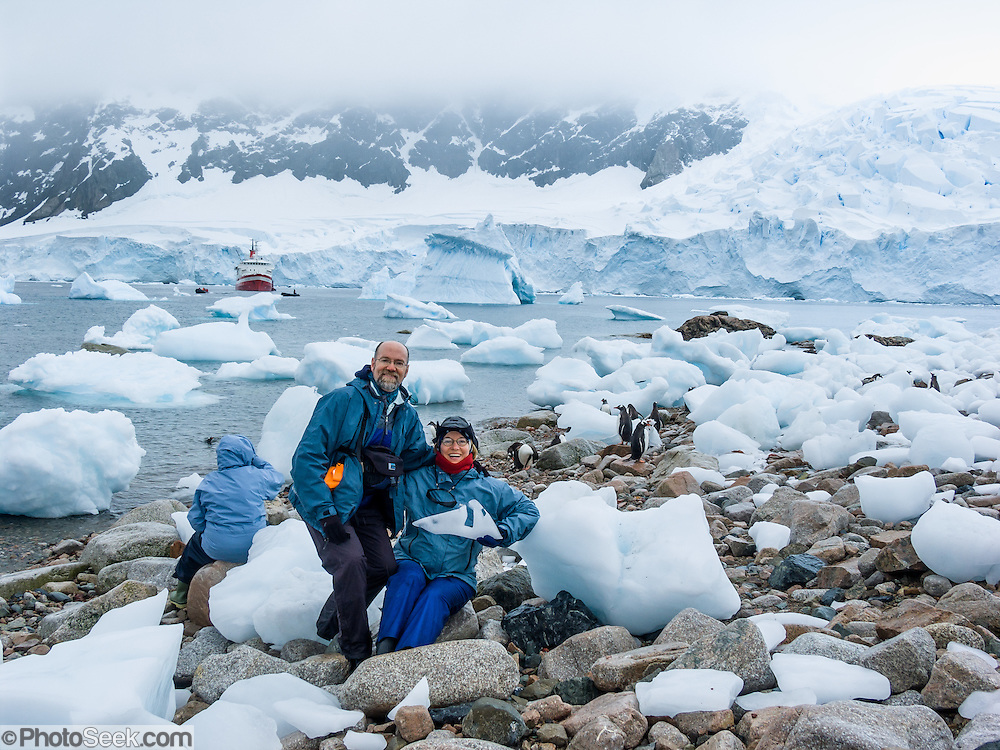