One statue from a pair of "Chinese phoenix," called Hou-ou (or Hoo-oo) in Japanese, raises its wings on the rooftop of the Amida Hall (Amida-do), also known as the Phoenix Hall (Hoo-do) at the 1968 Byodo-In Temple, in Valley of Temples Memorial Park, island of Oahu, Hawaii, USA. The legend of the Chinese phoenix, a male and female pairing called Fenghuang, arose 7000+ years ago (whereas the later Greek myth of the Western world's phoenix derived independently from ancient Egypt and Arabia). Peaceful Byodo-In Temple is in Valley of the Temples Memorial Park, at 47-200 Kahekili Highway in Kaneohe, Oahu. Byodo-In Temple ("Temple of Equality") was built in 1968 to commemorate the 100 year anniversary of the first Japanese immigrants to Hawaii. This Hawaii State Landmark is a non-practicing Buddhist temple which welcomes people of all faiths. The Byodo-In Temple in O'ahu is a half-scale replica of the Byodo-in Temple built in 1053 in Uji, Japan (a UNESCO World Heritage Site). 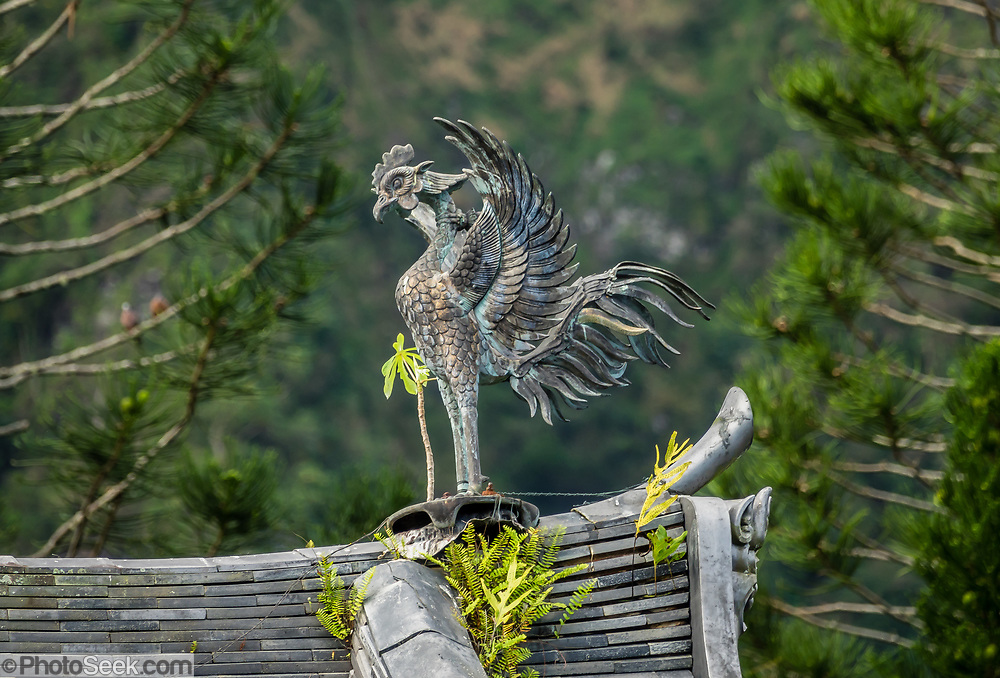