The Black-faced Ibis (Theristicus melanopis) is a species of bird with a long down-curved bill, in the Threskiornithidae family. The Black-faced Ibis is found in grassland and fields in southern and western South America. The Black-faced Ibis includes the taxon branickii as a subspecies, although some authorities treat it as a separate species, the Andean Ibis (T. branickii). The photo is from a hike in foothills near El Chaltén village in Glaciares National Park, Argentina. The foot of South America is known as Patagonia, a name derived from coastal giants, Patagão or Patagoni, who were reported by Magellan's 1520s voyage circumnavigating the world and were actually Tehuelche native people who averaged 25 cm (or 10 inches) taller than the Spaniards. 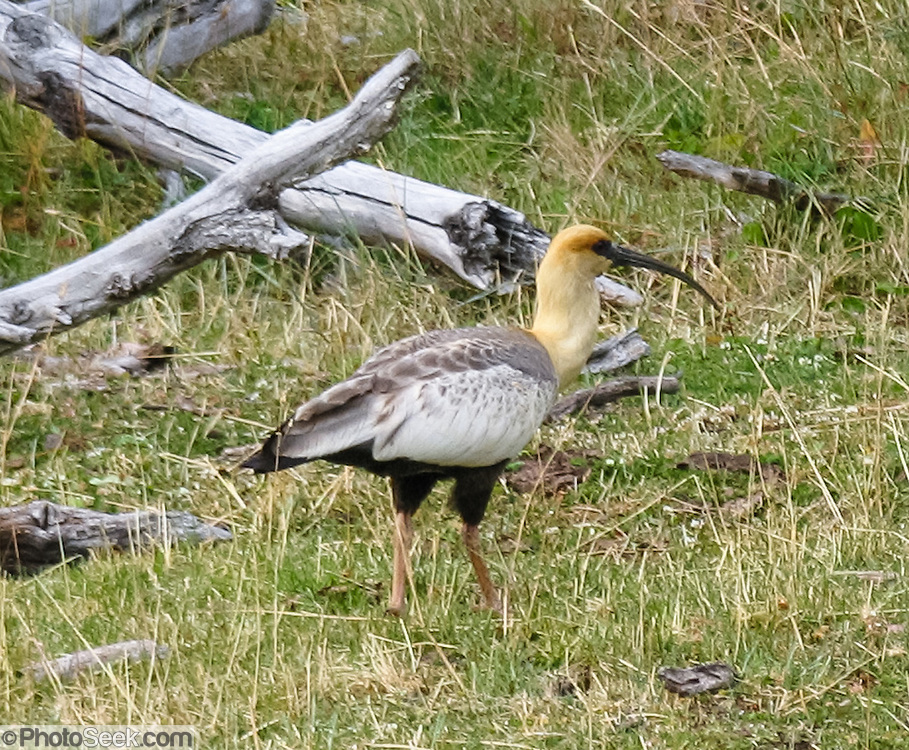