The tidewater Cascade and Barry Glaciers pour from the steep and glaciated Chugach Mountains into Barry Arm of Prince William Sound, Alaska, USA. Prince William Sound is surrounded by Chugach National Forest (the second largest national forest in the USA). Tour spectacular Prince William Sound by commercial boat from Whittier, which sits strategically on Kenai Peninsula at the head of Passage Canal. Whittier is a port for the Alaska Marine Highway System, a ferry service which operates along the south-central coast, eastern Aleutian Islands, and the Inside Passage of Alaska and British Columbia, Canada. Cruise ships stop at the port of Whittier for passenger connections to Anchorage (by road 60 miles) and to the interior of Alaska via highway and rail (the Denali Express). Known by locals as the Whittier tunnel or the Portage tunnel, the Anton Anderson Memorial Tunnel links Whittier via Portage Glacier Highway to the Seward Highway and Anchorage. At 13,300 feet long (4050 m), it is the longest combined rail and highway tunnel in North America. Whittier was severely damaged by tsunamis triggered by the 1964 Good Friday Earthquake, when thirteen people died from waves reaching 43 feet high (13 meters). 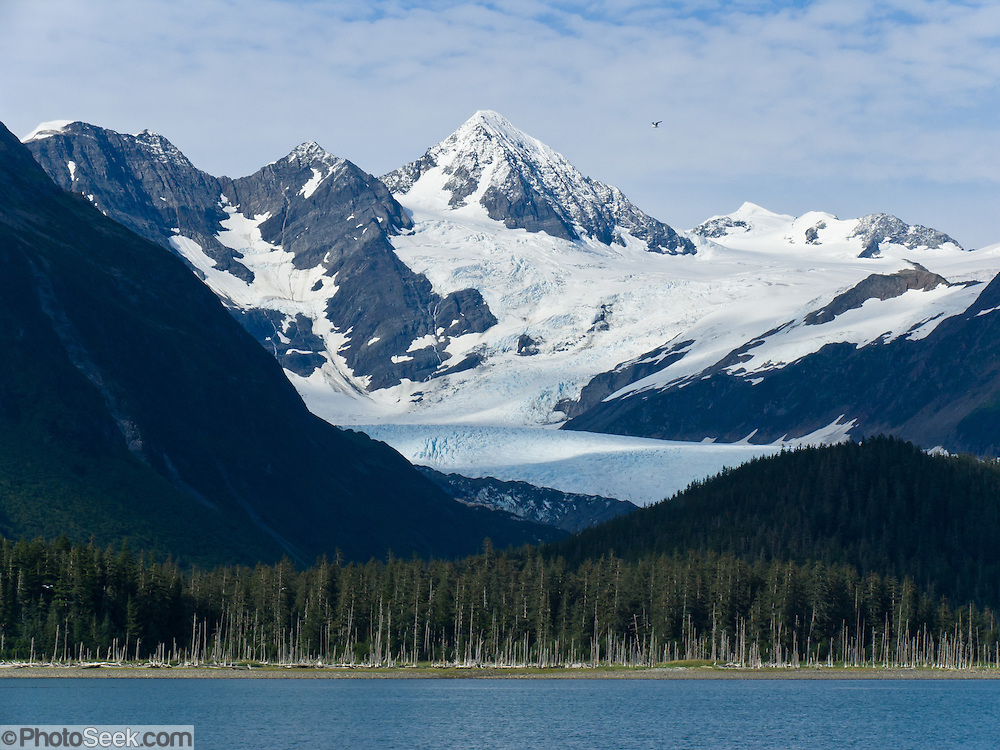