Atop Gokyo Ri, admire Mount Everest, Himalayan peaks, and prayer flags. Mount Everest (center left; 29,029 feet / 8848 meters), the highest mountain on Earth, has the older name of Chomolungma or Qomolangma ("Goddess Mother of the Earth" in Tibetan). To the right are Lhotse and Makalu (both higher than 8000 meters). In 1865, Andrew Waugh, the British surveyor-general of India named the mountain for his chief and predecessor, Colonel Sir George Everest. In the 1960s, the Government of Nepal named the mountain Sagarmatha, meaning "Goddess of the Sky". The mountain, which is part of the Himalaya range in High Asia, is located on the border between Nepal and Tibet, China. These colorful Tibetan Buddhist prayer flags invoke compassion. Sagarmatha National Park was created in 1976 and honored as a UNESCO World Heritage Site in 1979. Published in "Light Travel: Photography on the Go" book by Tom Dempsey 2009, 2010. 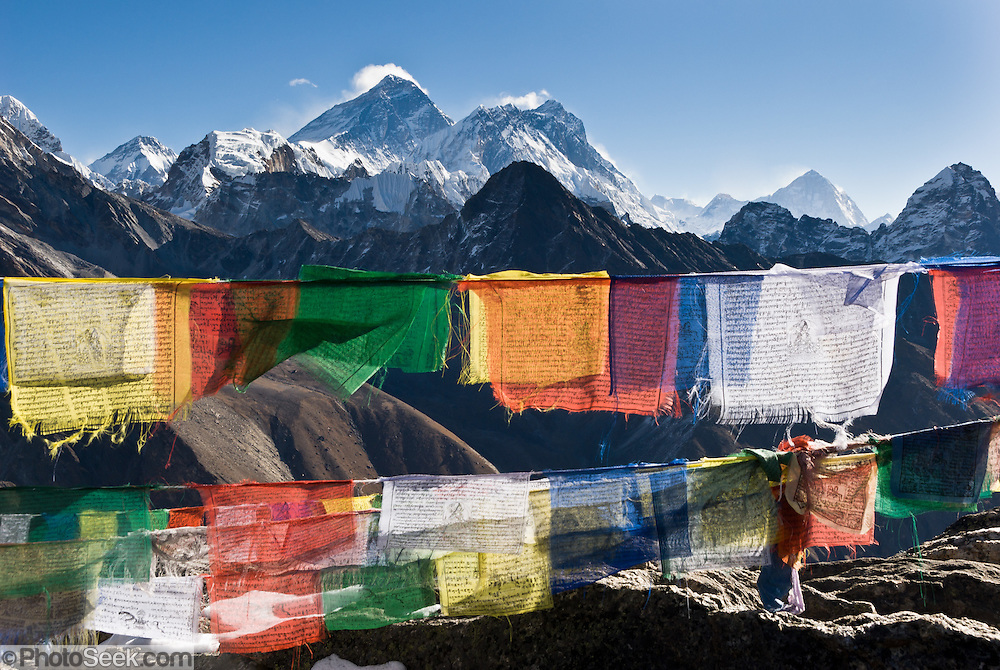