The gilt-head (sea) bream (Sparus aurata), or orata, is found in the Mediterranean Sea and eastern North Atlantic Ocean. The photo was taken at Rialto Pescheria, or fish market, in Venice, Italy. In Italy, the fish is called "orata" (meaning golden). In Croatia it is "ovrata", "orada", "lovrata" or "komar?a". ?n Turkey the fish is referred to as "çipura" or "çupra". In Greece and Cyprus it's "tsipoúra" (????????). In Malta it is called "awrata". In Albania is is called "koce". In Israel it is known as "Chipura" or "Denisse". Venice, the romantic "City of Canals" stretches across 117 small islands in the marshy Venetian Lagoon along the Adriatic Sea in northeast Italy, Europe. The Republic of Venice wielded major sea power during the Middle Ages, Crusades, and Renaissance. 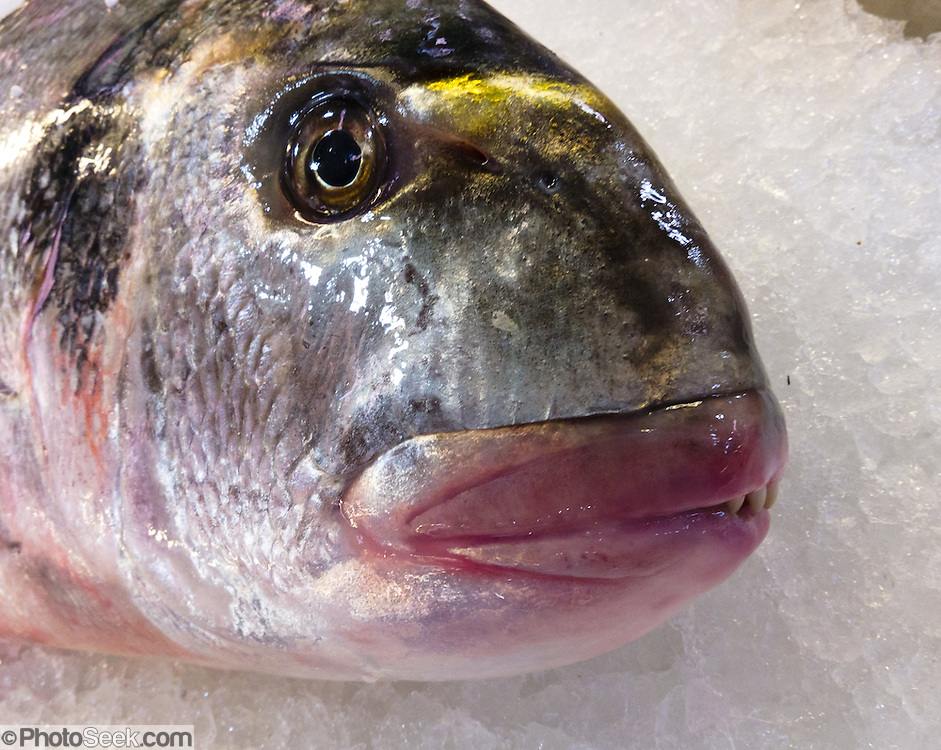