Visitors stroll in Patan's Durbar Square, in Nepal, Asia. Patan was probably founded by King Veer Deva in 299 AD from a much older settlement. Patan, officially called Lalitpur, the oldest city in the Kathmandu Valley, is separated from Kathmandu and Bhaktapur by rivers. Patan (population 190,000 in 2006) is the fourth largest city of Nepal, after Kathmandu, Biratnagar and Pokhara. The Newar people, the earliest known natives of the Kathmandu Valley, call Patan by the name "Yala" (from King Yalamber) in their Nepal Bhasa language. UNESCO honored Patan's Durbar Square (Palace Square) as one of the seven monument zones of Kathmandu Valley on their World Heritage List in 1979. All sites are protected under Nepal's Monuments Preservation Act of 1956. Published in "Light Travel: Photography on the Go" book by Tom Dempsey 2009, 2010. 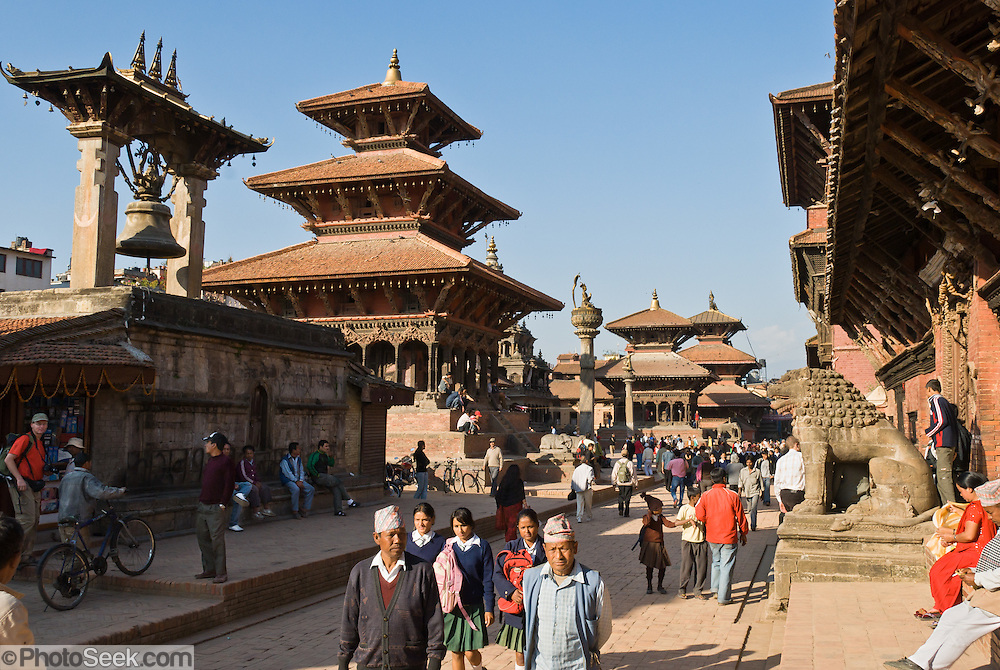