Feral rooster in Kokee State Park, island of Kauai, Hawaii, USA. This wild rooster on Kauai resembles its ancestor, the wild red junglefowl from Southeast Asia, which was brought by Polynesians to Hawaii, in several waves around 300-1000 AD. Cross-breeding with European domestic chickens followed Captain Cook's landing on the archipelago in 1778. But the past few decades have seen a sudden population explosion of thousands of feral chickens on Kauai, hurting the local ecology. While some look like farm chickens, many others, with burnt orange and black plumage for the males, look like a reversion to red junglefowl from the forests of India or Vietnam. The feral hens on Kauai revert to their ancestral shape of smaller body and smaller combs. Polynesians likely never made it to South America, because chickens on that continent don't have the Polynesian bird's genetic signposts. 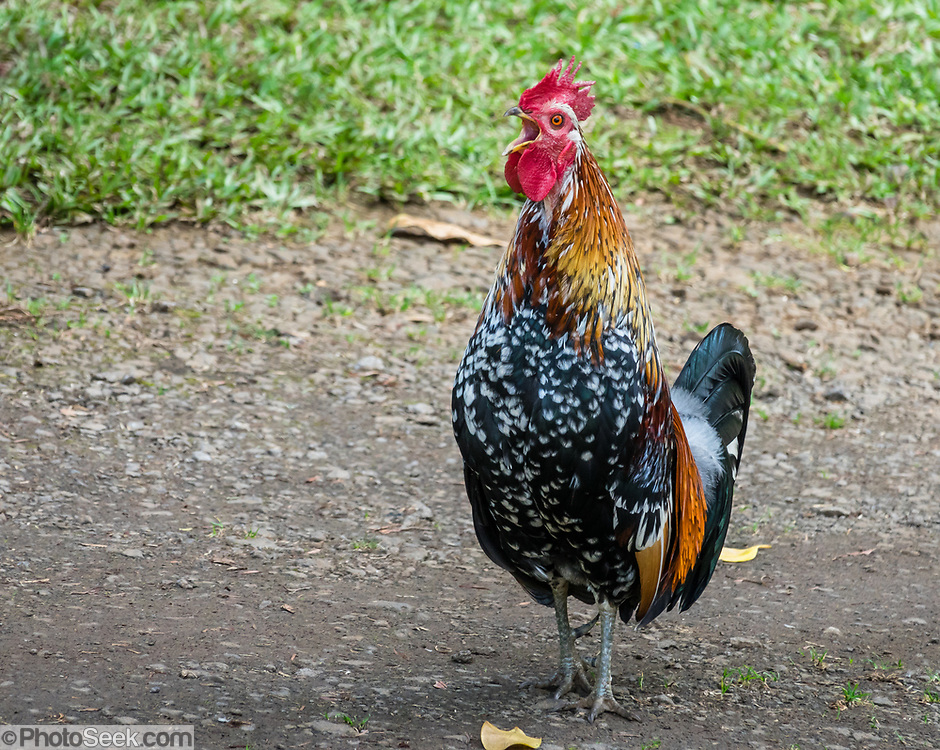