The James Caird lifeboat is launched from the shore of Elephant Island in the South Shetland Islands on 24 April 1916. This photograph, probably captured by expedition photographer Frank Hurley, was published in the United States in Ernest Shackleton's 1919 book, "South," from William Heinemann publishing house of London. The voyage of the James Caird, one of history's greatest small-boat journeys, was by open whaleboat from Elephant Island to South Georgia in the southern Atlantic Ocean, a distance of 800 nautical miles (1500 km; 920 mi) across one of the world' s most treacherous seas. Undertaken by expedition leader Sir Ernest Shackleton and five companions, its objective was to obtain rescue for the main body of the Imperial Trans-Antarctic Expedition of 1914-17, trapped on Elephant Island after the loss of their ship Endurance. On the temporary haven of Elephant Island, the expedition's carpenter, Harry McNish, improvised tools and materials to adapt the 22.5-foot (6.9 m) long James Caird, raising its sides and building a makeshift deck of wood and canvas, sealing the work with oil paints, lamp wick, and seal blood. The craft was further strengthened with a mast lashed inside along the length of her keel, and fitted with a mainmast and a mizzenmast, rigged to carry lugsails and a jib. Boat weight was increased by 1 long ton (1016 kg) of ballast, to lessen the risk of capsizing in the high seas that Shackleton knew would be encountered. (This photo is in the public domain in the United States because its first publication occurred prior to January 1, 1923.) 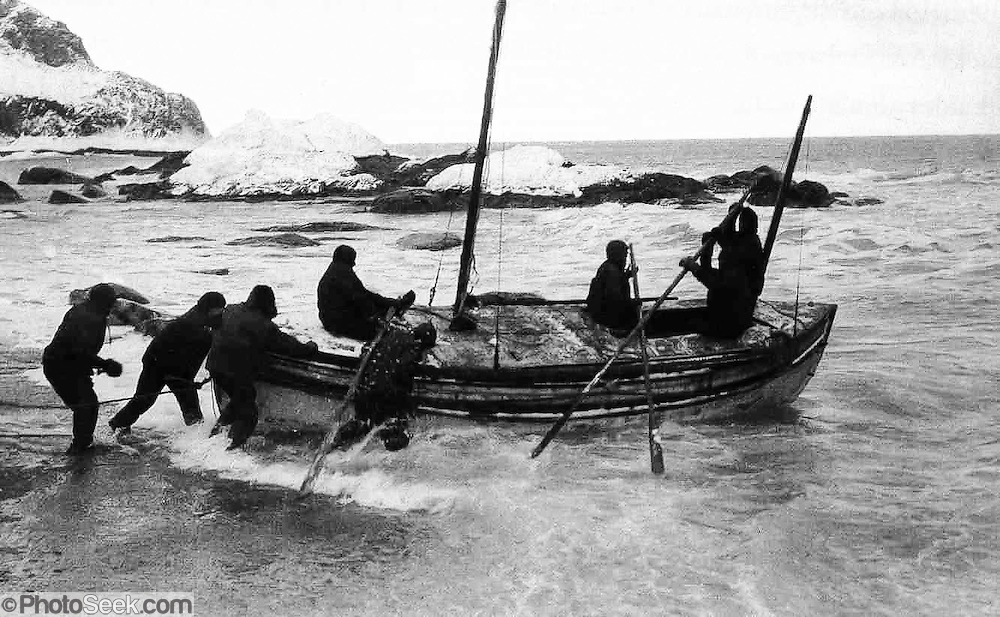