A cannon defends Jamestown fort on the James River at Historic Jamestowne, a National Historic Site that is part of Colonial National Historical Park, Virginia, USA. Jamestown was founded by the Virginia Company of London on May 14, 1607 on Jamestown Island, and is commonly regarded as the first permanent English settlement in what is now the United States of America. (Several earlier colonies failed.) Located in James City County when it was formed in 1634 as one of the original eight shires of Virginia, Jamestown was the capital of the Colony for 83 years, from 1616 until 1698. In 1698, the capital was relocated to Middle Plantation, about 8 miles (13 km) distant, a small community which was already home to the new College of William and Mary in 1693 and was renamed Williamsburg in 1699. 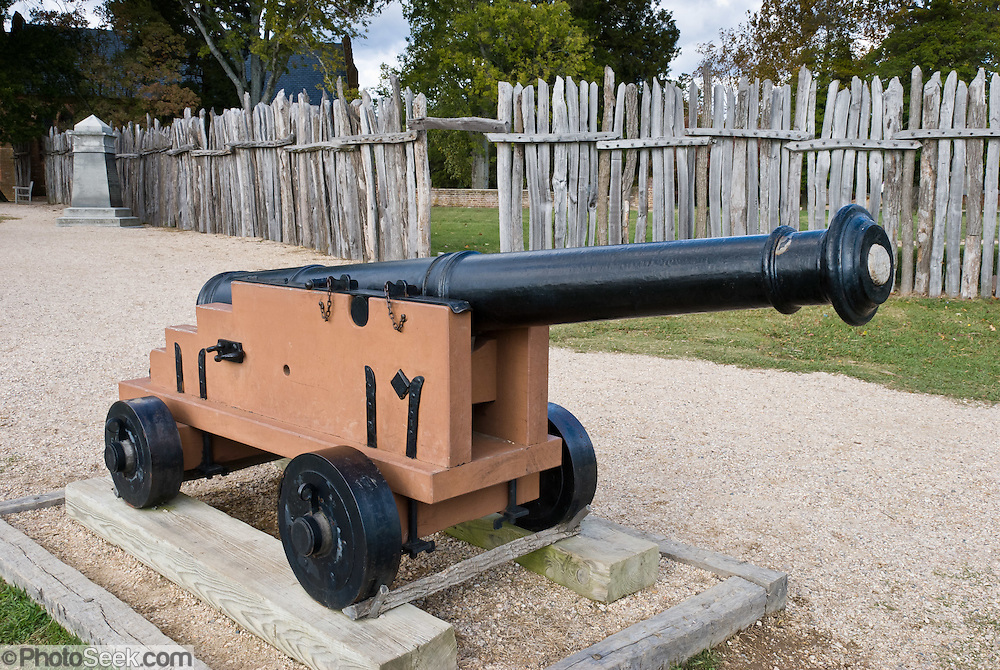