Actors play a British redcoat foot soldier and officer on a horse, on Duke of Gloucester Street in Colonial Williamsburg, Virginia. People of the 1700's may actually have used the terms "Regulars" or "the King's men" instead of "redcoats", a term which didn't appear commonly in literature until the 1880's. Colonial Williamsburg is the historic district of the independent city of Williamsburg, Virginia, which was colonial Virginia's capital from 1699 to 1780, and a center of education and culture. The Historic Area exhibits actors in period character & costume, colonial houses and American Revolutionary War history. 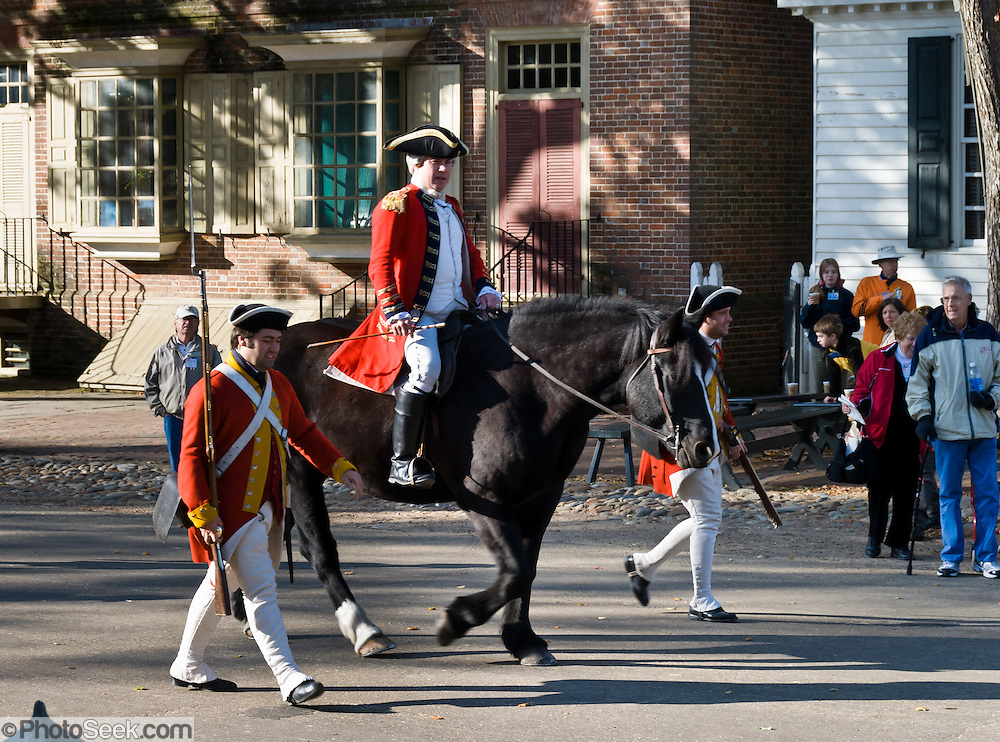