The Sedman House was built in 1873 in Junction City for rancher, gold miner and legislator Oscar Sedman, and was later moved to the outdoor history museum of Nevada City, Montana, USA.

The Sedman House was built in 1873 in Junction City (1.5 miles north of Nevada City), Montana, USA, for rancher, gold miner and legislator Oscar Sedman. It later became the Junction Hotel, a stable, and finally was moved to Nevada City for preservation. This Victorian era living room is furnished with piano, wood stove, red velvet padded chairs, table, books, pictures hung on wall. Nevada City was a booming placer gold mining camp from 1863-1876, but quickly declined into a virtual ghost town. This fascinating town inspires you to imagination what life must have been like in early Montana when gold was discovered at nearby Alder Gulch. More than 90 buildings from across Montana have been gathered for preservation at Nevada City, mostly owned by the people of the State of Montana, and managed by the Montana Heritage Commission. In 2001, the excellent PBS television series "Frontier House" used one of the buildings and its furnishings to train families in re-creating pioneer life. A miner's court trial and hanging of George Ives in the main street of Nevada City was the catalyst for forming the Vigilantes, a group of citizens famous for taking justice into their own hands in 1863-1864. Directions: go 27 miles southeast of Twin Bridges, Montana on Highway 287. 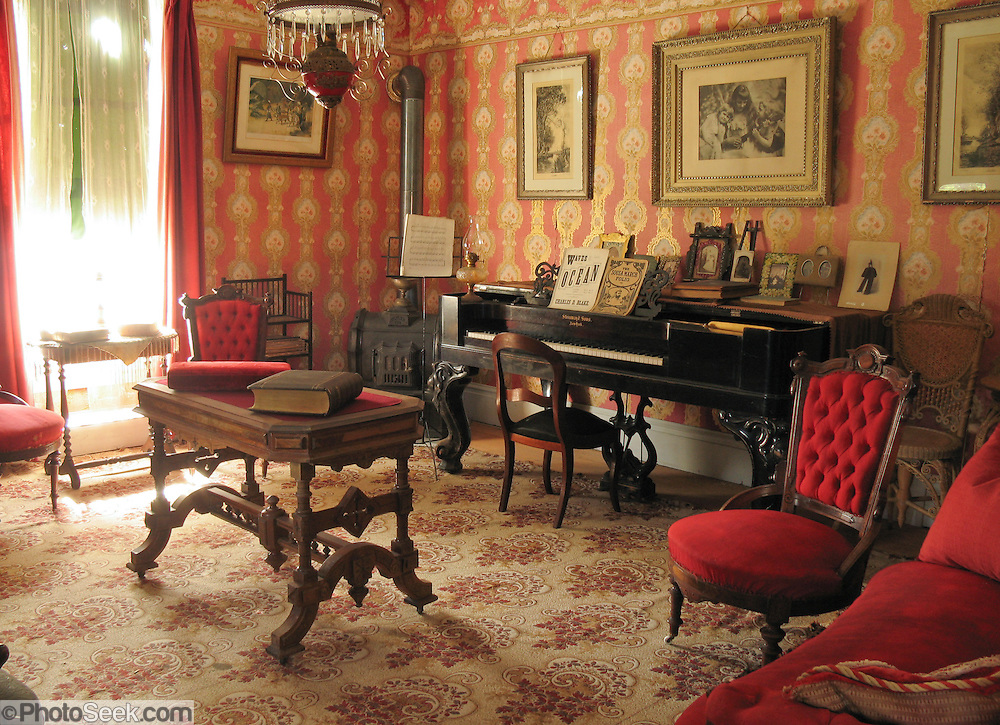