Glowing lava exits a lava tube, jets into the ocean, and explodes at Kamokuna, enlarging the Big Island, in Hawaii Volcanoes National Park, just west of Kalapana, Hawaii, USA, on February 1, 2017. On Kilauea volcano's south flank, Pu'u O'o crater has been erupting continuously since 1983, making it the world's longest-lived rift-zone (flank) eruption of the last 200 years. The eruption has consumed 189 buildings and 8.7 miles of highway. Since 1987, the coastal highway has been closed, buried under lava up to 115 feet thick. After June 30, 2016, the County of Hawaii opened a section of the emergency road/Highway 130 to lava viewing (8 miles round trip, open 3pm-9pm), limiting vehicles to bicycles (rented at the roadblock in Kalapana for $15+ for 3 hours), local residents' cars, and emergency vehicles. See updates at: USGS Hawaiian Volcano Observatory (HVO) http://hvo.wr.usgs.gov and www.hawaiicounty.gov/lava-viewing/. Kilauea is between 300,000 and 600,000 years old and emerged above sea level about 100,000 years ago. 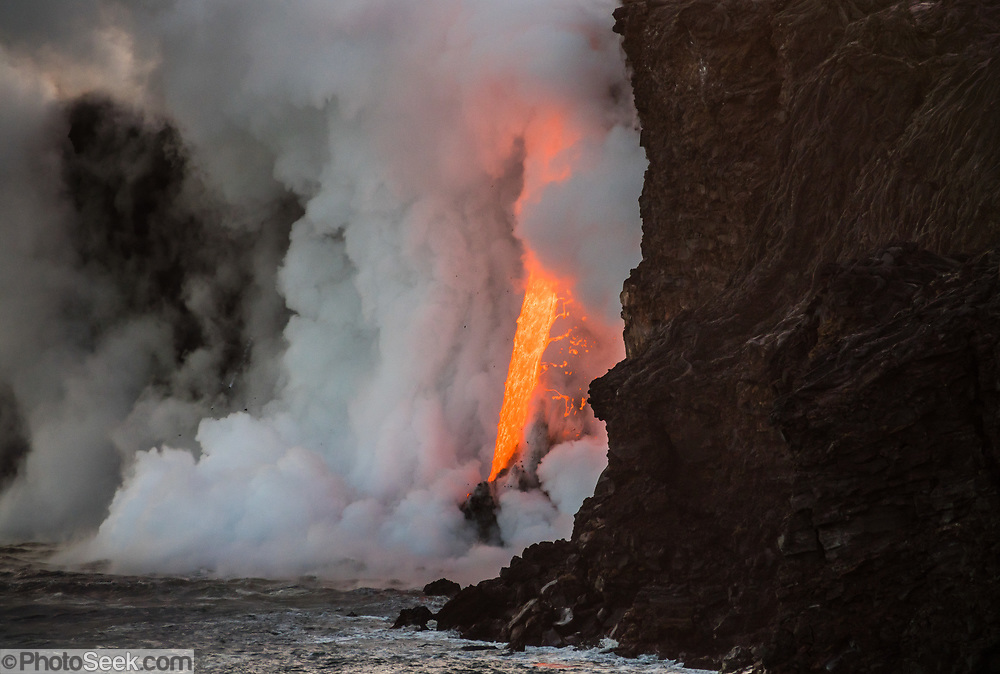