Built in the late 1800s, La Casa Rosada (The Pink House) is the iconic official executive mansion and office of the President of Argentina (or "Presidency of the Argentine Nation"), in Buenos Aires, South America. The baby pink palatial mansion is known officially as "Casa de Gobierno" which means "House of Government". The President normally lives at the Quinta de Olivos, in Olivos, Buenos Aires Province. The Casa Rosada is a National Historic Monument of Argentina, contains a museum of presidents' memorabilia, and is at the eastern end of the Plaza de Mayo. The Plaza de Mayo took its modern form in 1884 but has been at the political center of Buenos Aires since the city's foundation in 1580. 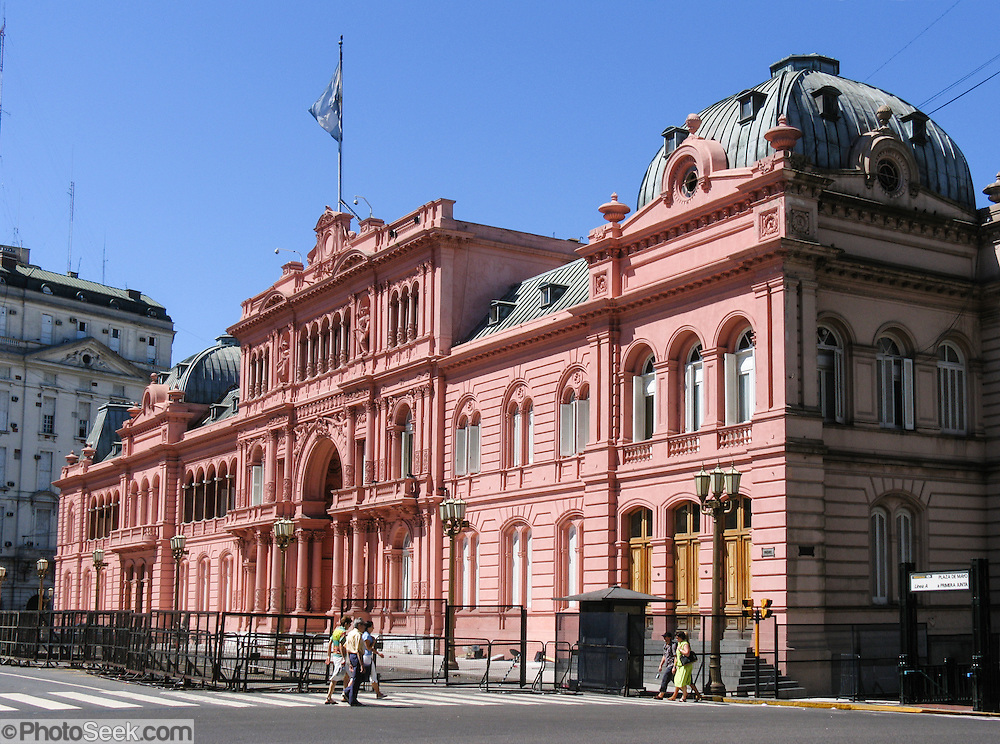