After the plague of 1630, Venice built "The Salute," Basilica di Santa Maria della Salute (Saint Mary of Health) by 1687 at the intersection of the Grand Canal, Canal of San Marco, and Canal of Giudecca. Venice (Venezia) is the capital of Italy’s Veneto region, named for the ancient Veneti people from the 900s BC. The romantic "City of Canals" stretches across 100+ small islands in the marshy Venetian Lagoon along the Adriatic Sea in northeast Italy, between the mouths of the Po (south) and Piave (north) Rivers. The Republic of Venice was a major maritime power during the Middle Ages and Renaissance, a staging area for the Crusades, and a major center of art and commerce (silk, grain and spice trade) from the 1200s to 1600s. The wealthy legacy of Venice stands today in a rich architecture combining Gothic, Byzantine, and Arab styles. 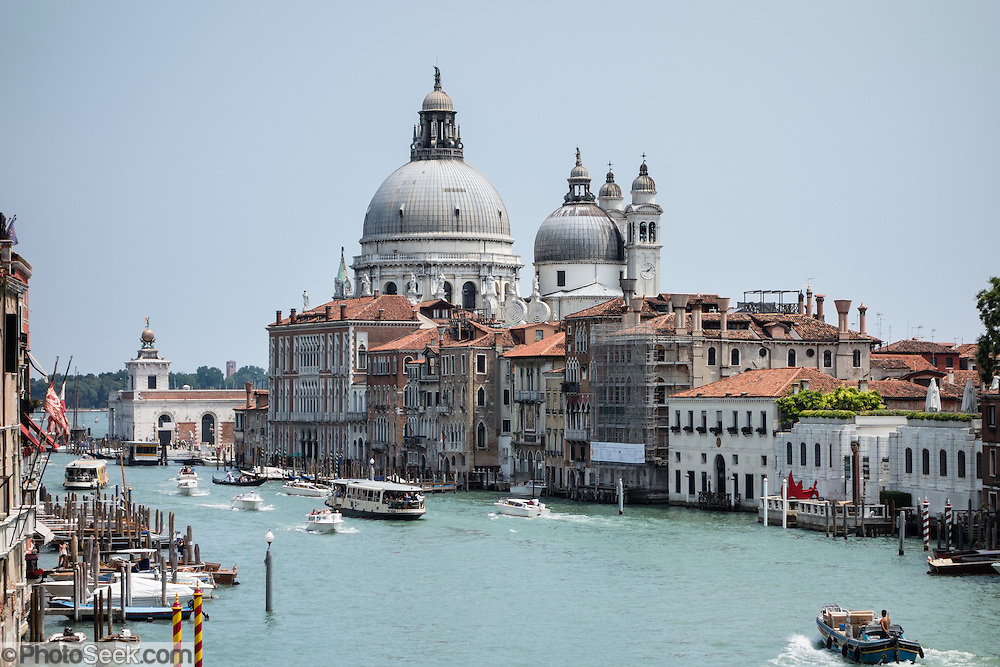