A cannon defends the Susan Constant flagship replica at Jamestown Settlement, Virginia, USA. Susan Constant, captained by Christopher Newport, was the largest of three ships (the others being Discovery and Godspeed) of the English Virginia Company on the 1606-1607 voyage that founded Jamestown, the first permanent English colony in the Americas. The voyage carried 105 colonists, all male. Built in 1991, the replica is 116 feet long from tip to stern, like the original built in 1605 England. Jamestown Settlement, operated by the state's Jamestown-Yorktown Foundation, chronicles 1600s Virginia and the convergence of Powhatan Indian, European, and west central African cultures. Created as part of the 350th anniversary celebration in 1957 as Jamestown Festival Park, Jamestown Settlement is adjacent to the complementary "Historic Jamestowne" museum (which is on Jamestown Island, is the actual historic and archaeological site where the first settlers lived, and is run by the National Park Service and Preservation Virginia). 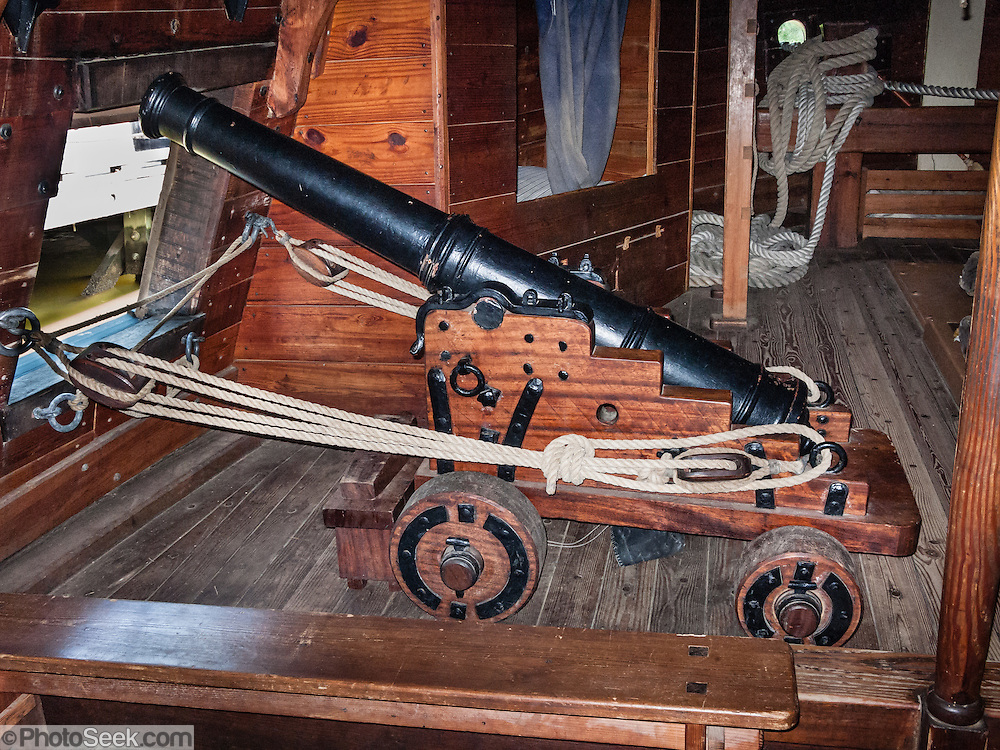