Laufen Castle (German: Schloss Laufen) overlooks Rhine Falls (Rheinfall), the largest-volume waterfall in Europe. Laufen Castle is in the municipality of Laufen-Uhwiesen in the canton of Zurich, Switzerland. In 858 the castle was the home of the Barons of Laufen. It passed through several owners until the Old Zürich War (1439-1450) when the castle was acquired by the Fulach family, from whom the city of Zurich bought the castle in 1544. Following the Helvetic Republic (1798–1803) the castle was again in private ownership. The city of Zurich reacquired the castle in 1941, and now it contains a restaurant and a youth hostel. The falls are on the High Rhine between the municipalities of Neuhausen am Rheinfall and Laufen-Uhwiesen, near the town of Schaffhausen in northern Switzerland. Rheinfall formed in the last ice age, about 14,000 to 17,000 years ago, by erosion-resistant rocks narrowing the riverbed. 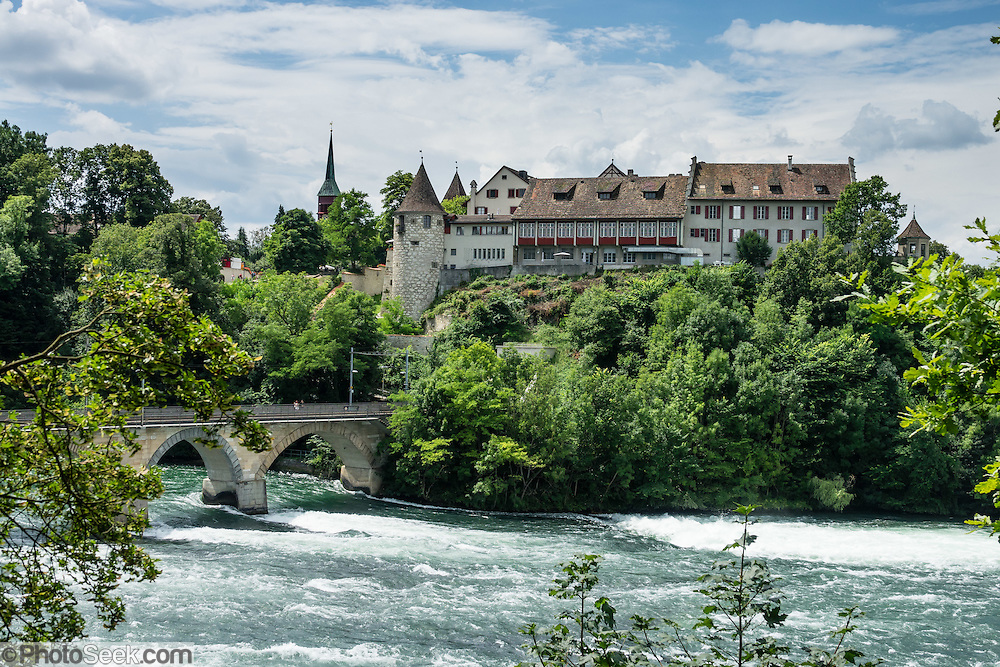