Today's Fort Ross windmill is a full-size 1814 replica built by artisan craftsmen in Russia and reassembled in 2012 for the 200th anniversary of the fort's founding. At Fort Ross, the Russian-American Company made the first windmills in California (in 1814 and 1841), likely the first windmills west of the Mississippi River. The posttype mill (stolbovka) ground grain into flour for baking bread (for Settlement Ross and the Russians' Alaskan settlements) and also pounded tanbark for oil used in tanning leather. Fort Ross State Historic Park preserves a former Russian colony (1812-1842) on the west coast of North America, in what is now Sonoma County, California, USA. Visit Fort Ross and dramatic coastal scenery 11 miles north of Jenner on California Highway One. Russian voyages greatly expanded California's scientific knowledge. For centuries before Europeans arrived, this site was called Metini and had been occupied by the Kashaya band of Pomo people who wove intricate baskets and harvested sea life, plants, acorns, deer, and small mammals. Sponsored by the Russian Empire, "Settlement Ross" was multicultural, built mostly by Alaskan Alutiiq natives and occupied by 300-400 native Siberians, Alaskans, Hawaiians, Californians, and mixed Europeans. Renamed "Ross" in 1812 in honor of Imperial Russian (Rossiia), Fortress Ross was intended to grow wheat and other crops to feed Russians living in Alaska, but after 30 years was found to be unsustainable. Fort Ross was sold to John Sutter in 1841, and his trusted assistant John Bidwell transported its hardware and animals to Sutter's Fort in the Sacramento Valley. Fort Ross is a landmark in European imperialism, which brought Spanish expanding west across the Atlantic Ocean and Russians spreading east across Siberia and the Pacific Ocean. In the early 1800s, Russians coming from the north met Spanish coming from the south along the Pacific Coast of California, followed by the USA arriving from the east in 1846 for the Mexican 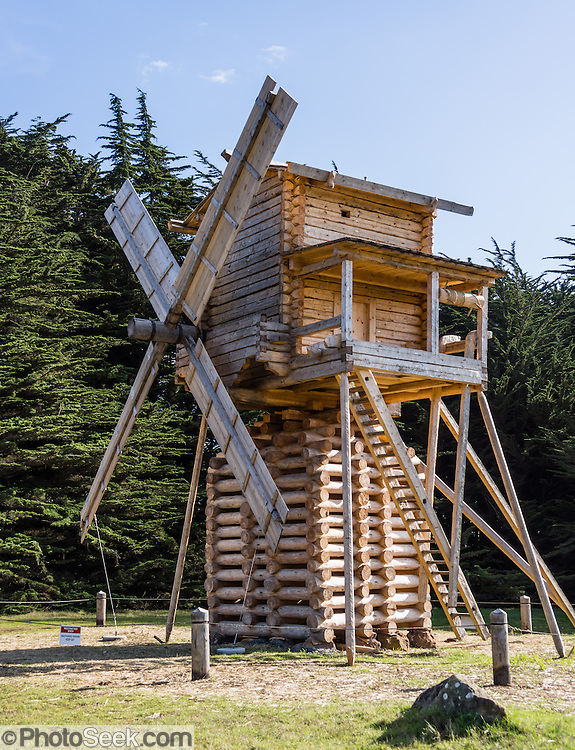