On the trail via Steall Gorge (or Nevis Gorge) to Steall Waterfall (which is in the direction opposite to this view), in the valley of Glen Nevis near Fort William, Scotland, United Kingdom, Europe. One of the best short hikes in Scotland ascends 220 m to Steall Falls (3.5 km / 2.25 miles round trip) via Nevis Gorge, an area owned by the John Muir Trust, which is attempting to restore wilderness here after centuries of burning and grazing. Hidden in the clouds is Ben Nevis, the highest mountain in the British Isles. Standing at 1345 meters (4411 ft), it is at the western end of the Grampian Mountains in the Lochaber area of the Scottish Highlands. The 700-metre (2300 ft) cliffs of the north face are among the highest in Scotland. The summit, which is the collapsed dome of an ancient volcano, features the ruins of an observatory which was continuously staffed between 1883 and 1904. The meteorological data collected during this period are still important for understanding Scottish mountain weather. C. T. R. Wilson was inspired to invent the cloud chamber after a period spent working at the observatory. 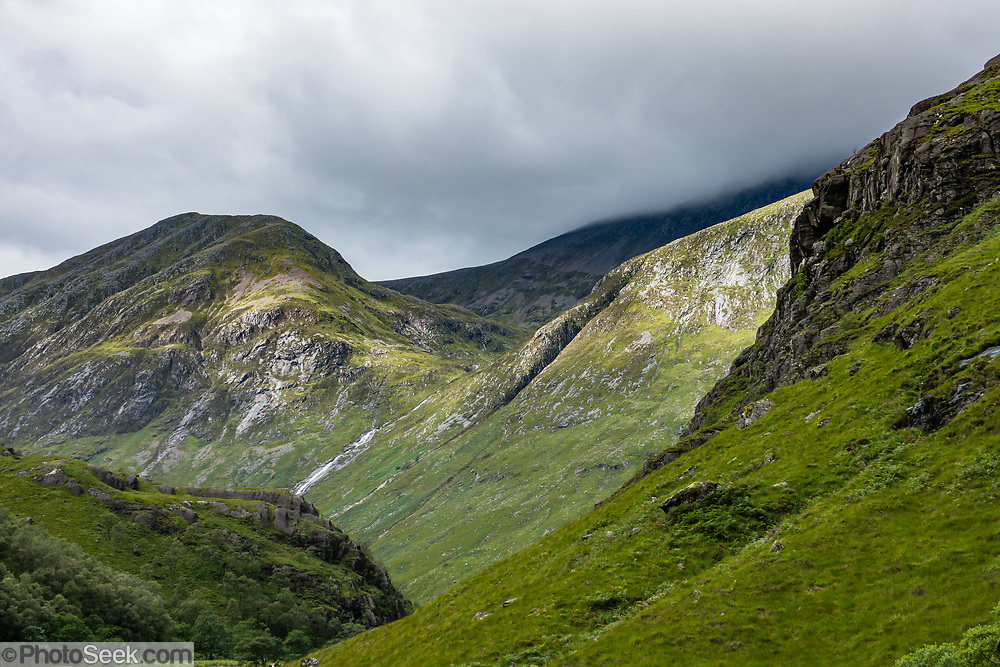