Salty Dawg Saloon, Homer, Alaska, USA. The Salty Dawg started out as one of the first cabins built in 1897, soon after Homer became a town site. It served as the first post office, a railroad station, a grocery store, and a coal mining office for twenty years. In 1909 a second building served as a school house, post office, grocery store. In April 1957, it opened as the Salty Dawg Saloon. The Alaska Territory became the 49th state of the union in January 1959. Salty Dawg Saloon was moved to its present location after the 1964 âGood Fridayâ earthquake. The distinctive lighthouse tower was added to cover a water storage tank. 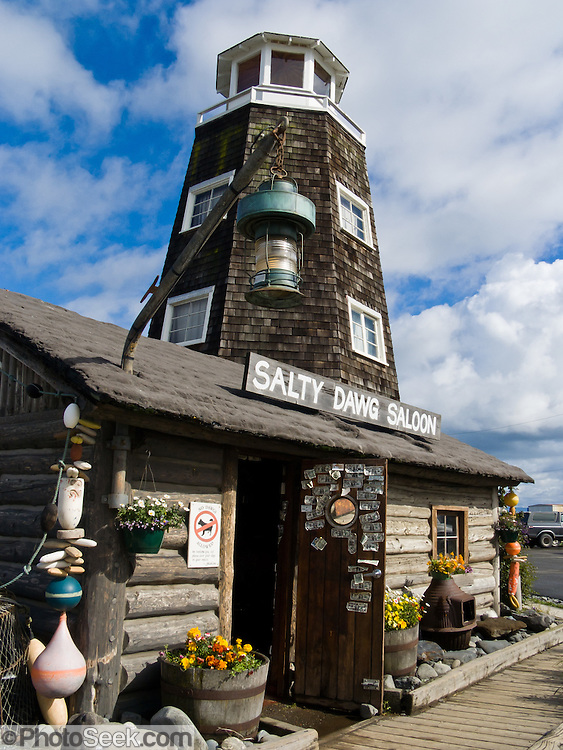