Monkeys with a message carved by Hidari Jingoro on storehouse in 1600s Toshogu Shrine, Nikko, Japan.

"The mother looks to the future while the new child looks at her with trust." Hidari Jingoro may have carved these panels to incorporate Confucius's Code of Conduct, using the monkey as a way to depict man's life cycle. Art work on storehouse in Toshogu shrine in Nikko, Japan. The monkeys are Japanese macaques, a common species in Japan. Toshogu Shrine is the final resting place of Tokugawa Ieyasu, the founder of the Tokugawa Shogunate that ruled Japan for over 250 years until 1868. Ieyasu is enshrined at Toshogu as the deity Tosho Daigongen, "Great Deity of the East Shining Light". Initially a relatively simple mausoleum, Toshogu was enlarged into the spectacular complex seen today by Ieyasu's grandson Iemitsu during the first half of the 1600s. The lavishly decorated shrine complex consists of more than a dozen buildings set in a beautiful forest. Toshogu contains both Shinto and Buddhist elements, as was common until the Meiji Period when Shinto was deliberately separated from Buddhism. Toshogu is part of Shrines and Temples of Nikko UNESCO World Heritage site. 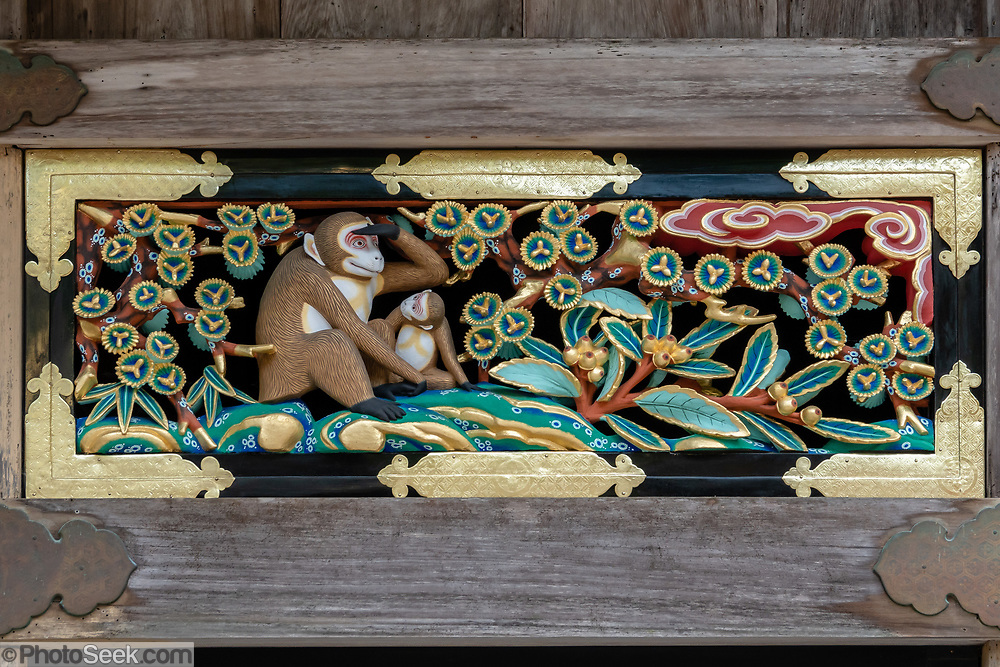