Himeji Castle interior, built 1609, Hyogo Prefecture, Japan. Himeji Castle is both a national treasure and a UNESCO World Heritage Site. Unlike many other Japanese castles, it was never destroyed by war, earthquake or fire and survives to this day as one of the country's twelve original castles. History: Starting as forts built in 1333 and 1346, Himeji Castle (aka White Heron Castle or White Egret Castle) was remodeled in 1561, remodeled in 1581, enlarged in 1609 to its present complex, extensively repaired in 1956, and renovated in 2009-15. Displayed inside are historic samurai armour and swords. From the upper floors, view fish-shaped roof ornaments that are believed to protect from fire. Across the moat, visit Koko-en, a pleasing reconstruction of former samurai quarters, nine Edo period homes, plus movie-set gardens. Himeji Castle starred in the 1967 James Bond movie "You Only Live Twice"; in Akira Kurosawa's 1980 film "Kagemusha" and 1985 "Ran"; and in the 1980 television miniseries Shogun (portraying feudal Osaka castle). By train, Himeji is 3 hours round trip from Kyoto. 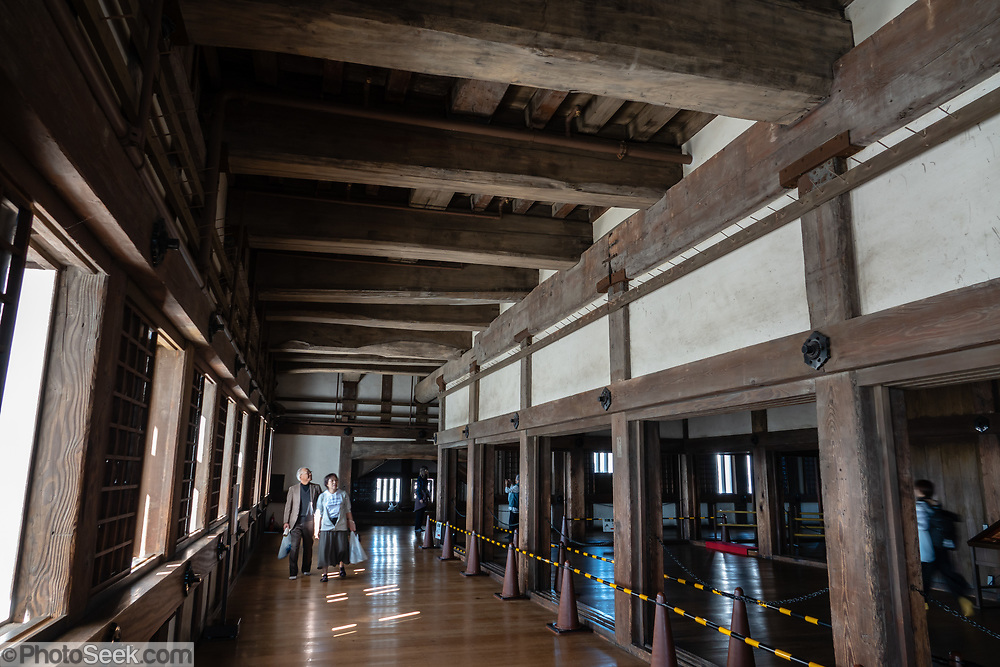