Bronze statue of Pocahontas at Historic Jamestowne, Virginia, USA. Pocahontas (c. 1595-1617) was a Native American woman who married an Englishman, John Rolfe, and became a celebrity in London in the last year of her life. She was a daughter of Wahunsunacock (also known as Chief or Emperor Powhatan), who ruled an area encompassing almost all of the neighboring tribes in the Tidewater region of Virginia (called Tenakomakah at the time). Her formal names were Matoaka (or Matoika) and Amonute. Pocahontas was a childhood nickname referring to her frolicsome nature (in the Powhatan language it meant "little wanton", according to William Strachey). After her baptism, she went by the name Rebecca, becoming Rebecca Rolfe on her marriage. Her father's rule over most of "Tidewater Virginia" refers to all areas where water level is affected by the tides, which is most of the land east of present-day I-95 and north of U.S. 460. This is now the 27th largest metropolitan area in the US. It includes Hampton Roads, the rest of the Virginia Peninsula, the Middle Peninsula, the Northern Neck, and the Eastern Shore. Most people of the southeastern area of Virginia refer to Tidewater as the areas of Virginia Beach, Chesapeake, Portsmouth, Norfolk, Suffolk, Hampton, Newport News, Yorktown, Poquoson, Williamsburg and Gloucester. 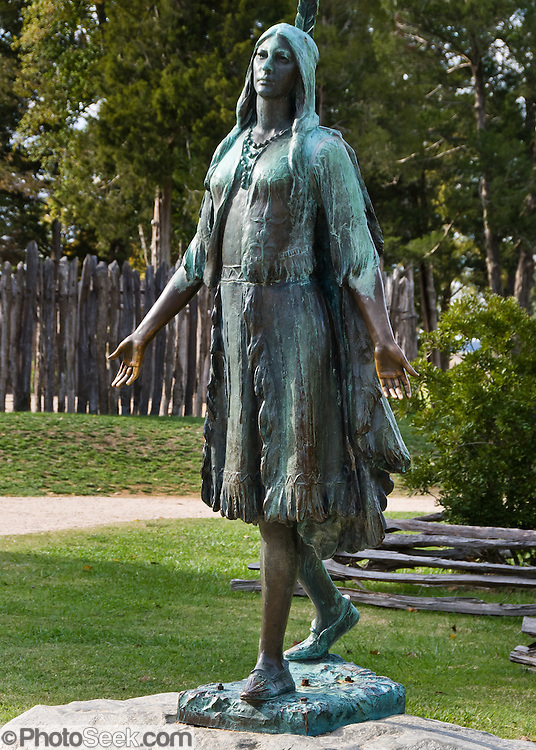