A Thai thepnorasi golden statue has the upper body of a male angel and lower body of a lion (singha), at the Temple of the Emerald Buddha (Wat Phra Kaew), within the grounds of the Grand Palace, Bangkok, Thailand. A thepnorasi is one of many mythical animals from the Himapan (or Himmapan, Himaphan in Thai), a legendary forest which includes a pantheon of amazing creatures and surrounds the base of Mount Meru in Hindu mythology of ancient India (where the mythic forest is called Himmavanta, Himavanta, or Himavamsa). 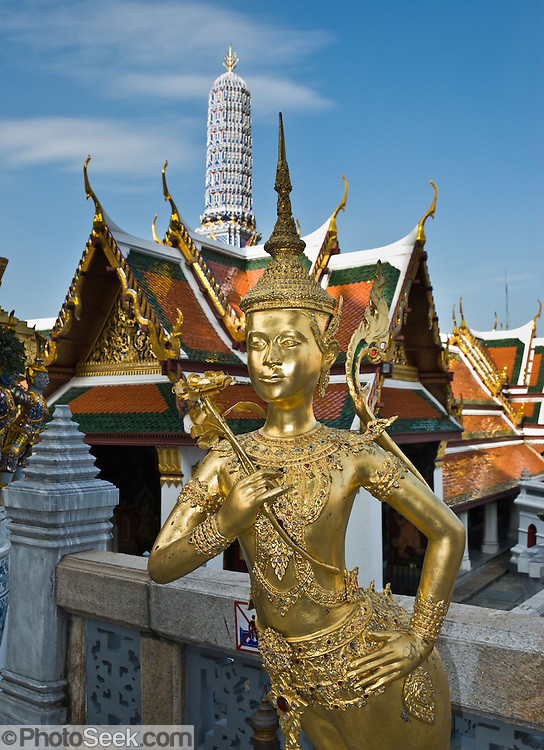