A lava lizard rests on the toothy grinning head of a dead Galápagos Sea Lion (Zalophus wollebaeki) carcass drying on Punta (Point) Espinoza on Fernandina (Narborough) Island, Galápagos Islands, Ecuador, South America. Collectively known as lava lizards, seven ground lizard species of the reptile genus Tropidurus are endemic to the Galápagos Islands (and commonly placed in the genus Microlophus). All seven most likely evolved from a single ancestral species, demonstrating the principal of adaptive radiation that is typical of the inhabitants of the Galapagos archipelago. One lava lizard species occurs on all the central and western islands, which were perhaps connected during periods of lower sea levels, while one species each occurs on six other more peripheral islands. Males and females of all Tropidurus species are marked differently. The male is usually much larger than the female, and its body is more brightly colored and distinctly patterned. Markings vary considerably, even within an individual species. Animals living mainly on dark lava are darker than ones which live in lighter, sandy environments. Like many lizards, they show changes of color with mood and temperature. Published in "Light Travel: Photography on the Go" book by Tom Dempsey 2009, 2010. 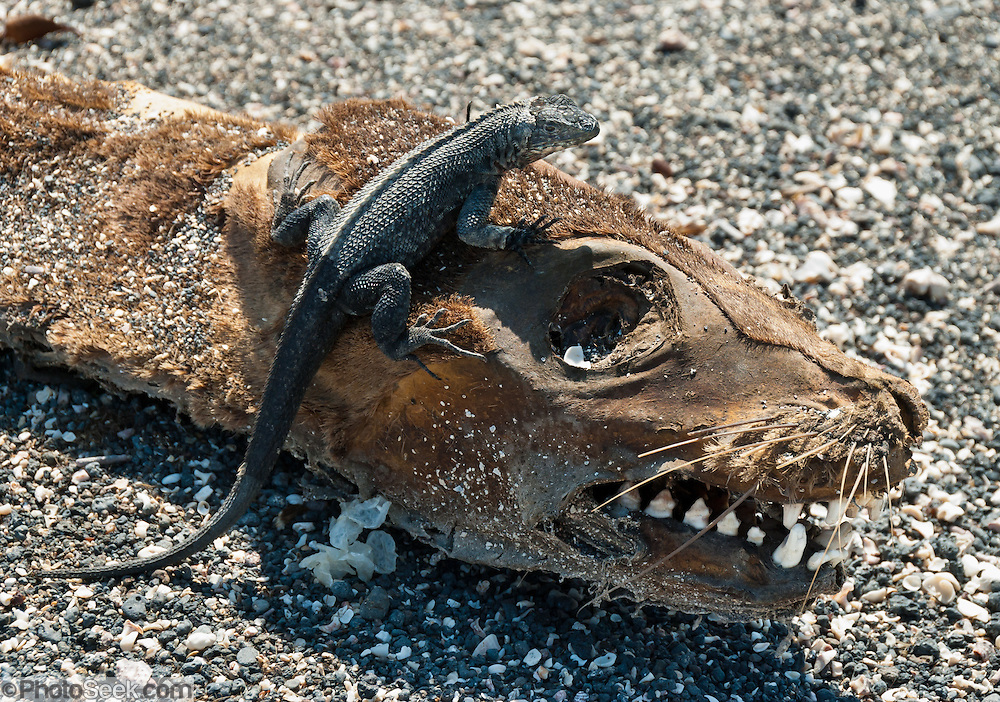