Pink fireweed reclaims a ghost town where the 14-story tall Kennecott Concentration Mill processed copper ore 1911-1938. Kennecott Mines National Historic Landmark and nearby McCarthy nestle under Bonanza Ridge in the Wrangell Mountains within Alaska's Wrangell-St. Elias National Park and Preserve, the largest National Park in the USA. Old mine buildings, artifacts, and colorful history attract summer visitors. Remote McCarthy is connected to Chitina via the McCarthy Road spur of the Edgerton Highway. At the east end of McCarthy Road, visitors must park their vehicle and walk across the footbridge to McCarthy. From McCarthy, a privately-operated shuttle takes visitors 5 miles to Kennecott. After copper was discovered between the Kennicott Glacier and McCarthy Creek in 1900, the Kennecott town, mines, and Kennecott Mining Company were created and named after the adjacent glacier. Kennicott Glacier and River had previously been named after Robert Kennicott, a naturalist who explored in Alaska in the mid-1800s. The corporation and town stuck with a mistaken spelling of "Kennecott" with an e (instead of "Kennicott" with an i). Partly because alcoholic beverages and prostitution were forbidden in the company town of Kennecott, the neighboring town of McCarthy grew quickly to provide a bar, brothel, gymnasium, hospital, and school. The Copper River and Northwestern Railway reached McCarthy in 1911 to haul over 200 million dollars worth of ore 196 miles to the port of Cordova on Prince William Sound. By 1938, the world's richest concentration of copper ore was mostly gone, the town was mostly abandoned, and railroad service ended. Not until the 1970s did the area began to draw young people for adventure and the big money of the Trans Alaska Pipeline project. Declaration of Wrangell-St. Elias National Park in 1980 drew adventurous tourists who helped revive McCarthy with demand for needed services. Wrangell-St. Elias is honored by UNESCO as a World Heritage Site. 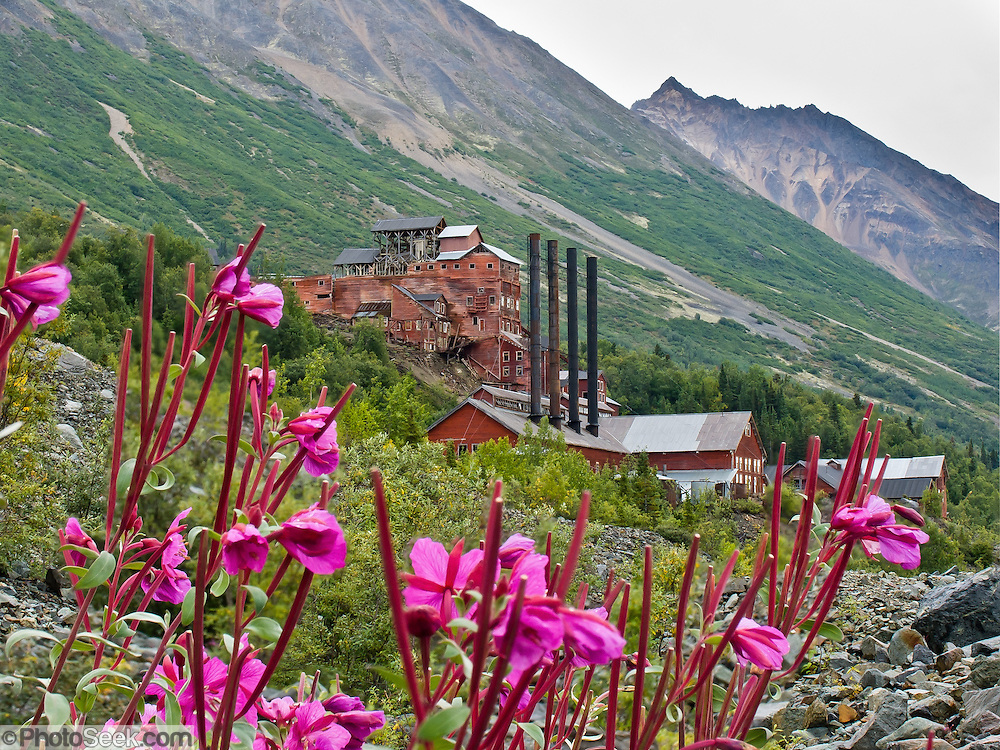