Lowering the flag of Switzerland at Berggasthaus Alter Säntis at sunset.

Lowering the flag of Switzerland at Berggasthaus Alter Säntis at sunset. The flag of Switzerland is red with a white equilateral cross in the center. It is one of only two square sovereign-state flags (the other being the flag of Vatican City). In contrast, the civil and state ensign of Switzerland, used by Swiss vessels and non-governmental bodies, is rectangular with the more common proportions of 3:2. Use of the white cross as a military ensign (attached to the cantonal flags in the form of strips of linen) has been used in the Old Swiss Confederacy since the 1300s, but the modern design was first used in 1800 during Napoleon's Hundred Days, and was introduced as official national flag in 1889. Photographed at Berggasthaus Alter Säntis, atop Säntis (2502 m / 8218 feet), the highest peak of the Alpstein range and the Appenzell Alps, located in northeast Switzerland, Europe. 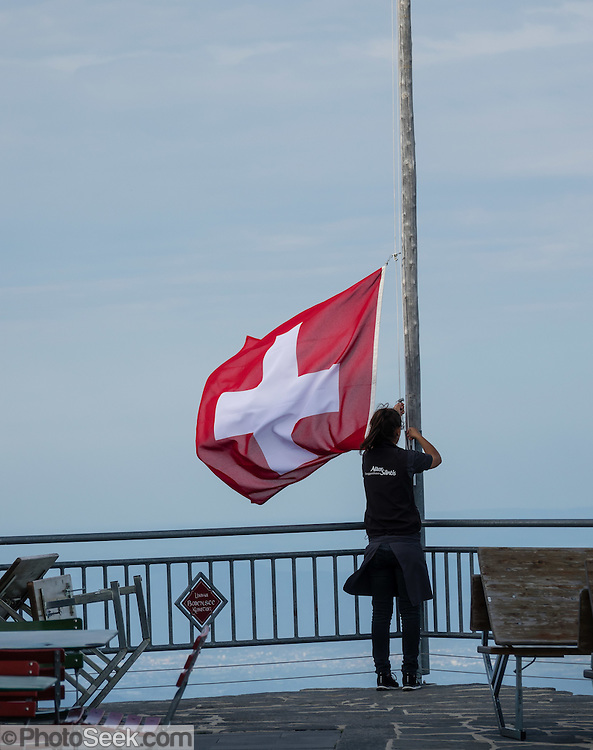