Mount Fairweather (4671 meters or 15,325 feet elevation) rises high above the West Arm of Glacier Bay. It is the highest mountain in British Columbia (BC). It lies 20 km (12 mi) east of the Pacific Ocean on the border of Alaska, United States and western British Columbia, Canada. It lies mostly within Glacier Bay National Park and Preserve in the City and Borough of Yakutat, Alaska, and the summit borders Tatshenshini-Alsek Provincial Park, BC. Captain James Cook named it in 1778 in a period of good weather. Fairweather Mountain was first climbed in 1931 by Allen Carpé and Terris Moore. The Fairweather Range comprises the southernmost Saint Elias Mountains. Flightseeing from Skagway or Haines is a spectacular way to see Glacier Bay National Park. We were bedazzled by Mountain Flying Service's 1.3-hour West Arm tour from Skagway. Glacier Bay is honored by UNESCO as part of a huge Biosphere Reserve and World Heritage site shared between Canada and the United States. 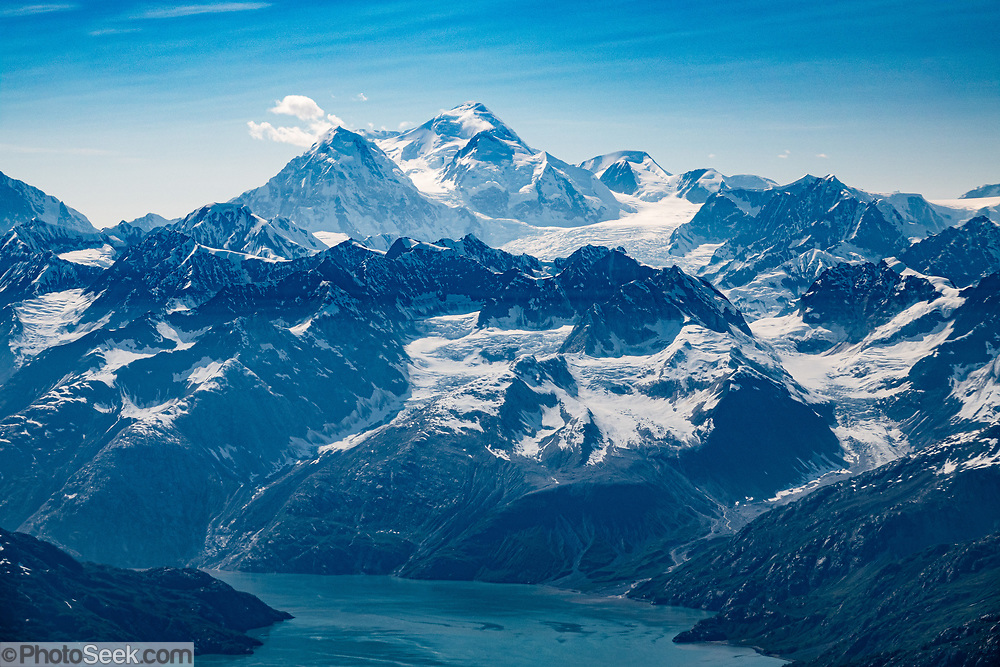