Ropy pahoehoe lava patterns. Kalapana, Hawaii Volcanoes National Park, Big Island, Hawaii, USA. Established in 1916 and later expanded, the park (HVNP) encompasses two active volcanoes: Kilauea, one of the world's most active volcanoes, and Mauna Loa, the world's most massive shield volcano. The park portrays the birth of the Hawaiian Islands with dramatic volcanic landscapes, native flora and fauna, and glowing flowing lava. Most recently erupted in 1984, Mauna Loa may have emerged above sea level about 400,000 years ago and has likely been erupting for at least 700,000 years. Measured from its base on the ocean floor, it rises over 33,000 ft, significantly greater than the elevation of Mount Everest above sea level. HVNP is honored as a UNESCO World Heritage Site and International Biosphere Reserve. 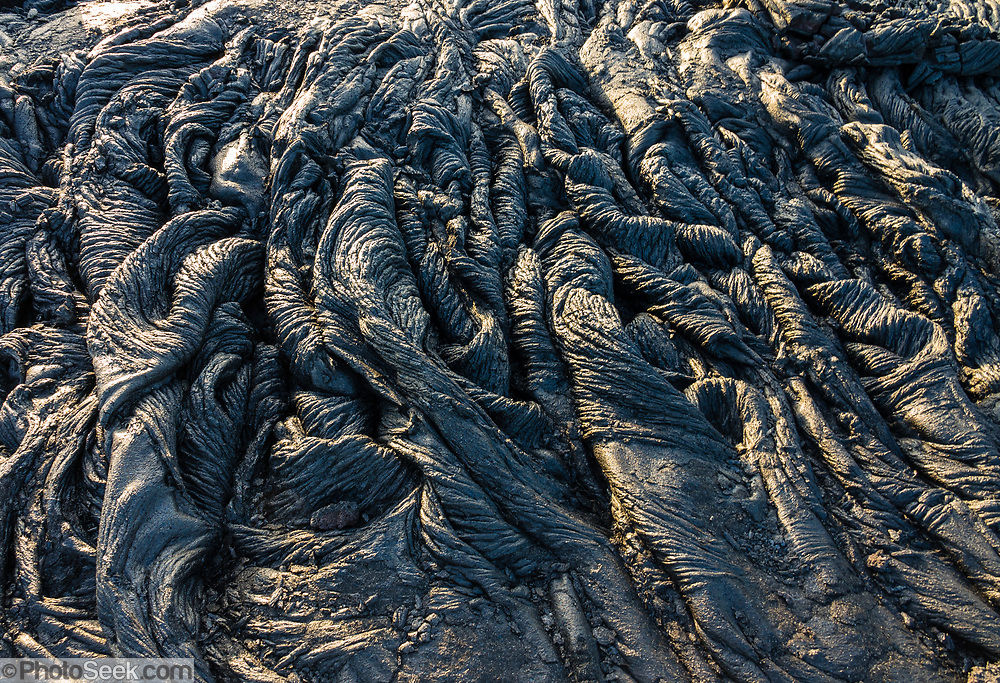