On the wall of Memorial Church on Jamestown Island, Virginia, is the official Coat of Arms of the United Kingdom and Ireland, used 1603-1649 by James VI (King of Scots), 1660-1689 by Charles II, and 1702-1707 by Queen Anne: The coat features both the motto of the English monarchy, "Dieu at mon droit" ("God and my right"), and also the motto of the order of the Garter (Knighthood), "Honi soit qui mal y pense" ("Shamed be he who thinks evil of it"). James VI, King of Scots inherited the English and Irish thrones in 1603 (Union of the Crowns), and quartered the Royal Arms of England with those of Scotland. For the first time, the Royal Coat of Arms of Ireland (the harp) was added to represent the Kingdom of Ireland. Jamestown, located on Jamestown Island in the Virginia Colony, was founded on May 14, 1607. It is the first permanent English settlement in what is now the United States of America, following several earlier failed attempts. The Virginia Company of London founded Jamestown in 1607. 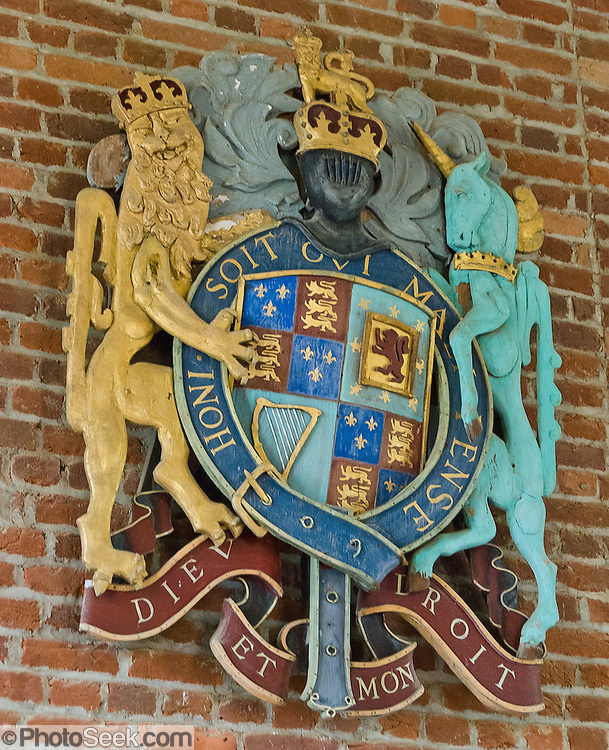