Twelve Apostles Marine National Park protects several collections of miocene limestone sea stacks in the Indian Ocean (or Southern Ocean according to Australian geographers) offshore of Port Campbell National Park, along the Great Ocean Road, Victoria, Australia. Known as the “Sow and Piglets” until 1922, the pictured set of sea stacks was renamed to “The Apostles” then to Twelve Apostles for tourism, despite only having nine sea stacks (2004 photo). Eight stacks remained after the one at left collapsed in 2005. The Great Ocean Road (B100) is a 243-km road along the southeast coast of Australia between Torquay and Warrnambool, in the state of Victoria. Dedicated to casualties of World War I, the Great Ocean Road was built by returned soldiers between 1919 and 1932 and is the world's largest war memorial. 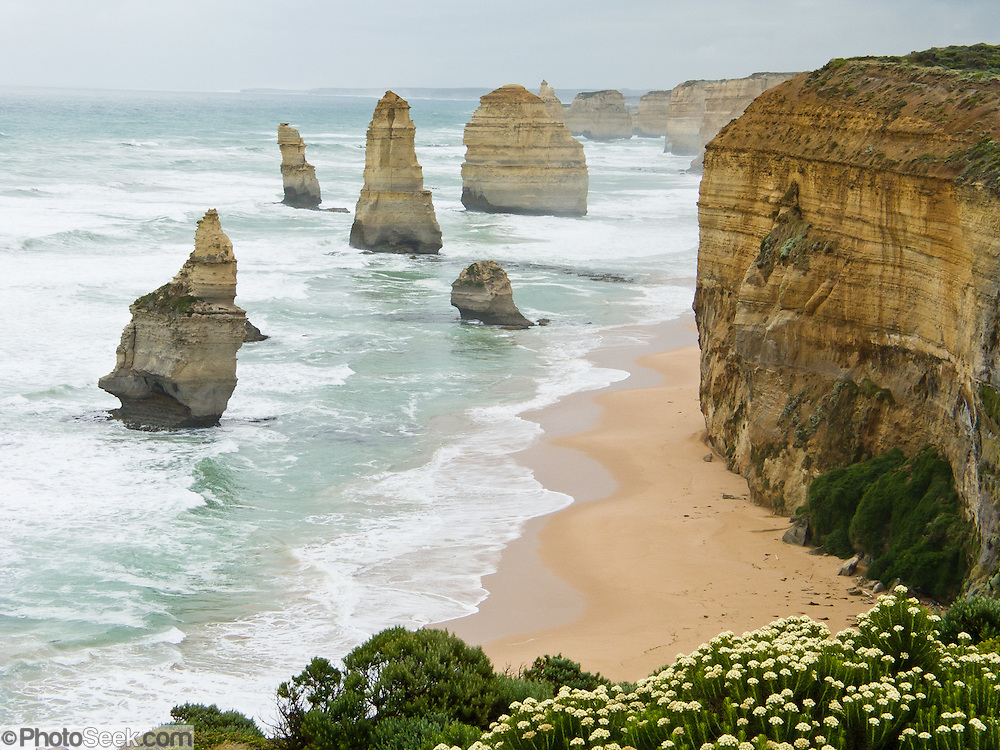