Dinosaur Quarry, on the Utah side of Dinosaur National Monument near Jensen.

In Dinosaur National Monument, the popular Carnegie Dinosaur Quarry displays a spectacular logjam of Jurassic dinosaur bones. A Camarasaurus vertebrae hugs a stegasaurus plate (left) and Apatosaurus bones (middle right). Stegosaurus means "covered lizard", a reference to its plates, which may have been used to protect its back from predators, to attract a mate, and/or to regulate body temperature. The plates contained blood vessels that could constrict or expand to regulate heat loss. Since the plates were not directly attached to the bones of the skeleton, they were easily separated from the body after death. Camarasaurus was a 4-legged herbivorous dinosaur up to 50 feet long, the most common giant sauropod (long-necked dinosaur) of North America. Its fossil remains have been found in the Morrison Formation of Colorado and Utah, dating to the late Jurassic Period (late Oxfordian to Tithonian stages), between 155 and 145 million years ago. Camarasaurus means "chambered lizard", referring to the hollow chambers in its vertebrae. 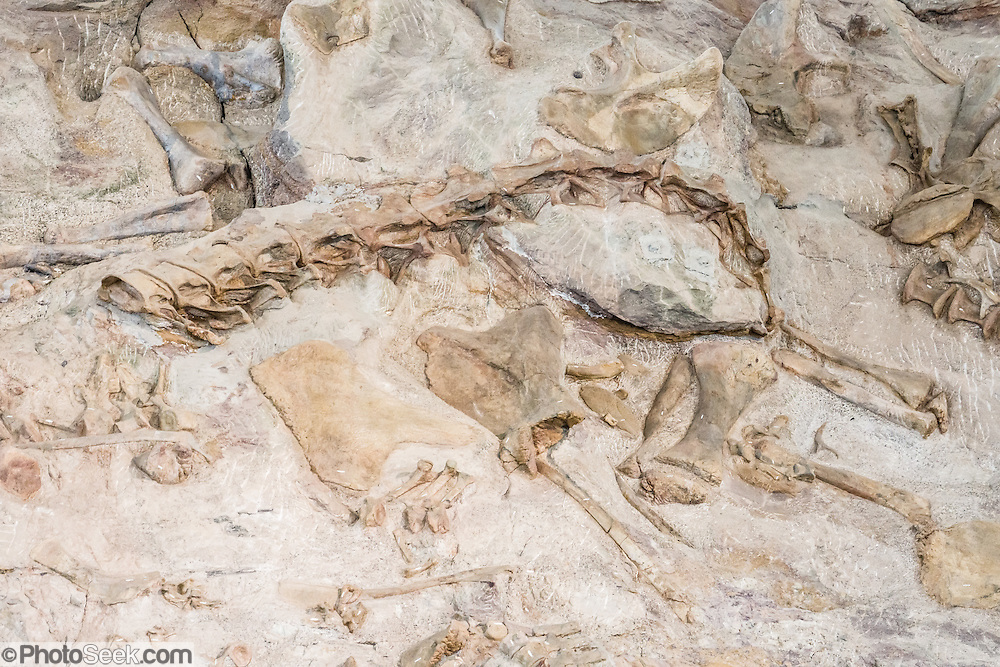