Camarasaurus fossil skull in Morrison Formation at Dinosaur National Monument's Quarry, Utah, USA. Camarasaurus was a 4-legged herbivorous dinosaur up to 50 feet long, the most common giant sauropod (long-necked dinosaur) of North America. Its fossil remains have been found in the Morrison Formation of Colorado and Utah, dating to the late Jurassic Period (late Oxfordian to Tithonian stages), between 155 and 145 million years ago. The name means "chambered lizard", referring to the hollow chambers in its vertebrae. In Dinosaur National Monument, the popular Dinosaur Quarry displays a spectacular logjam of Jurassic dinosaur bones. The park is on the southeast flank of the Uinta Mountains straddling Colorado and Utah at the confluence of the Green and Yampa Rivers. Although most of the monument is in Moffat County, Colorado, the Dinosaur Quarry is in Utah near the town of Jensen, USA. 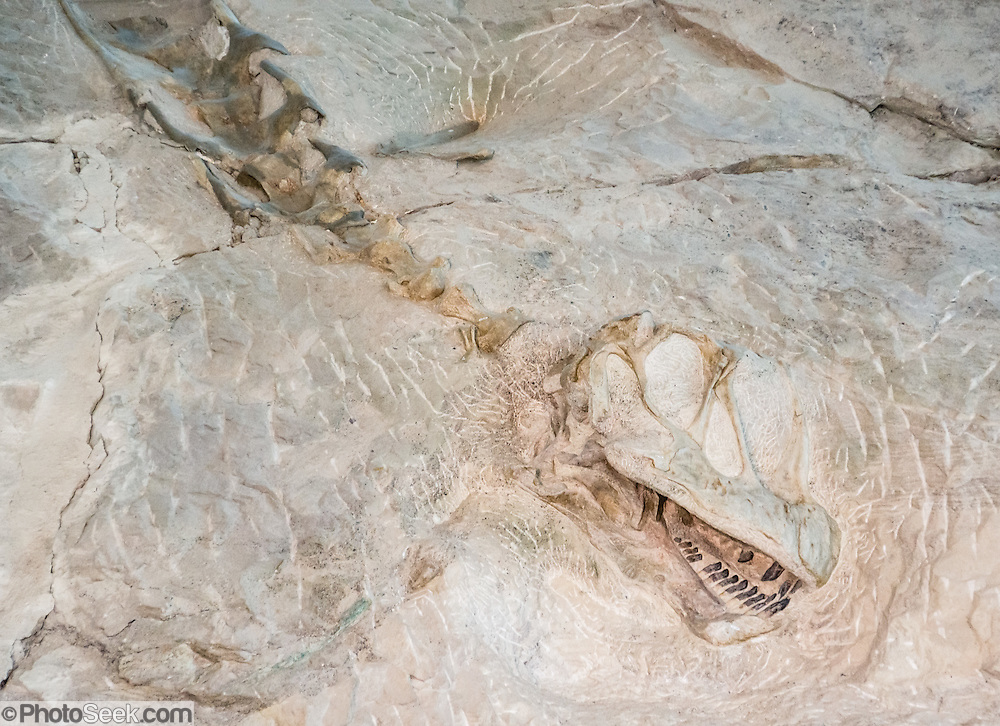