Architect Sinan, who wanted to exceed the grandeur of Hagia Sofia Cathedral, built Süleymaniye Imperial Mosque on Golden Horn harbor from 1550-1557. Süleyman and his wife are buried here. In the West, he is known as Suleiman the Magnificent. In the Islamic world, he is known as the Lawgiver (in Turkish "Kanuni"; making his formal Turkish name of Kanuni Sultan Süleyman), because he completely reconstructed the Ottoman legal system. This image is from İstanbul, in the Republic of Turkey. 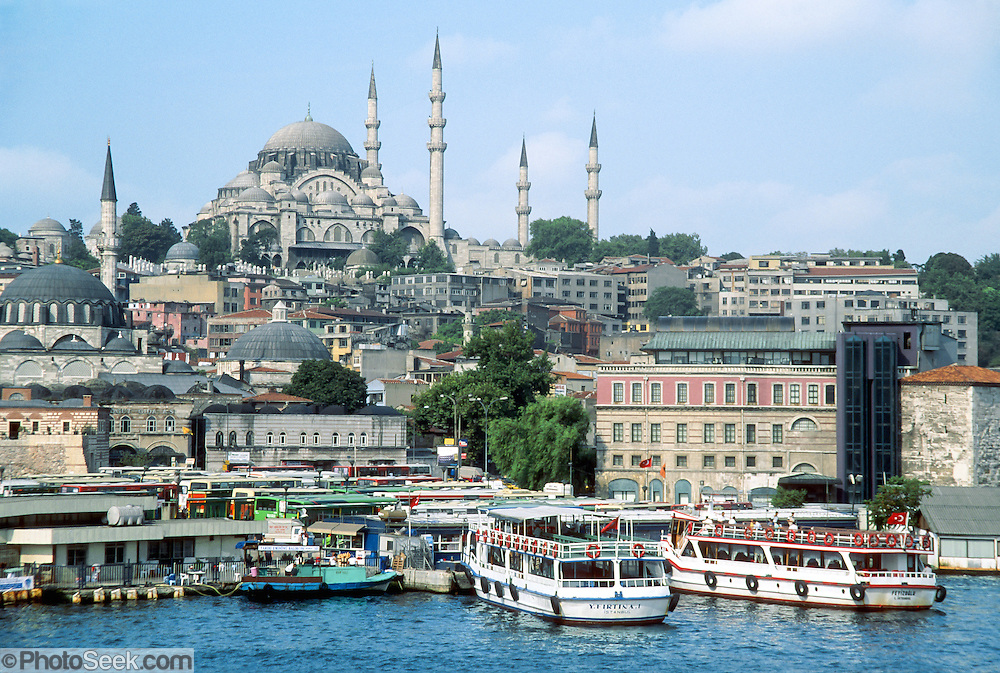