Holiday lights decorate the Keepers' House, at Heceta Head Lighthouse State Scenic Viewpoint, 14 miles south of Yachats on the Oregon coast, USA. Since 1995, the Keepers' House has been operated by the Heceta Lighthouse Bed & Breakfast, a concessionaire of the U.S. Forest Service. Built in 1893, the Heceta Head Light and Keepers Quarters were placed on the National Register of Historic Places in 1978 for architectural and engineering significance. The site originally included farm buildings and the single-family head lighthouse keeper's house, which was demolished in 1940 and had been similar to the remaining house shown here. Due to electrification, the head lighthouse keeper was no longer needed, and the original house was sold for $10, dismantled for its lumber, and used to build Alpha Bit bookstore-cafe in Mapleton, still standing today. The remaining keepers' house was a duplex that housed the first and second assistant lighthouse keepers and their families. After the beacon was automated in 1963, the last keepers moved away. From 1970 to 1995, the U.S. Forest Service leased the Keepers' House to Lane Community College for use as a satellite campus. The porch of the Queen Anne-style house was restored in 1981. (Heceta Head Lighthouse State Scenic Viewpoint was created in the 1990s by combining Heceta Head State Park with the former Devils Elbow State Park at the scenic cove at the mouth of Cape Creek.) 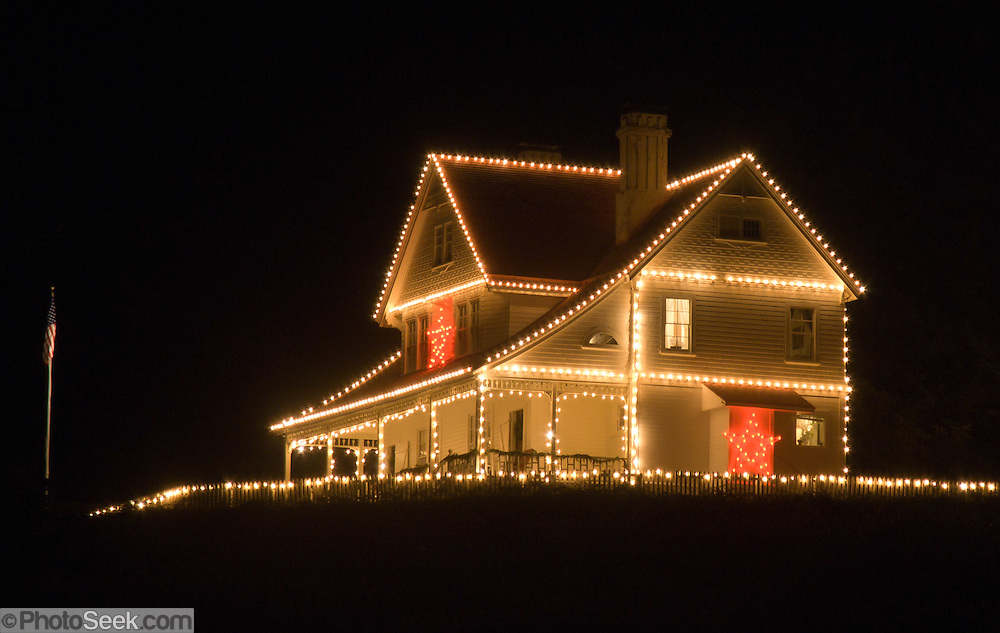