The South American gray fox (Lycalopex griseus), also known as the Patagonian fox, the chilla or the gray zorro, is a species of Lycalopex, the "false" foxes. Despite their name, they are not true foxes, but are a unique canid genus related to wolves and jackals; some resemble foxes due to convergent evolution. Lycalopex genus (of the family Canidae) is endemic to the southern part of South America. Lycalopex griseus has a distinctive black bar on the chin; its rear thighs are crossed by a dark bar; and its tail has a dark dorsal stripe and dark tip. Location: Mirador Lago Viedma, RN40, Santa Cruz Province, Argentina, Patagonia, South America. 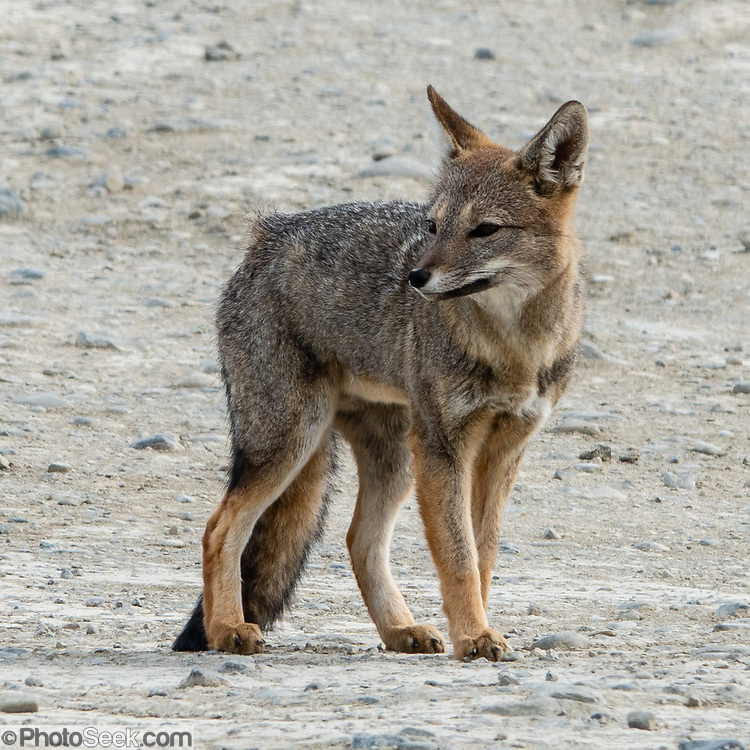