The Southern Ocean (Antarctic Ocean) washes onto a black sand beach on Deception Island, in the South Shetland Islands, near the Antarctic Peninsula, Antarctica. Deception Island is the caldera of an active volcano, which caused serious damage to local scientific stations in 1967 and 1969. The island previously held a whaling station and is now a tourist destination and scientific outpost, with research bases run by Argentina and Spain. The island is administered under the Antarctic Treaty System. The surrounding sea is closed by ice from early April to early December. Panorama was stitched from 3 overlapping photos. 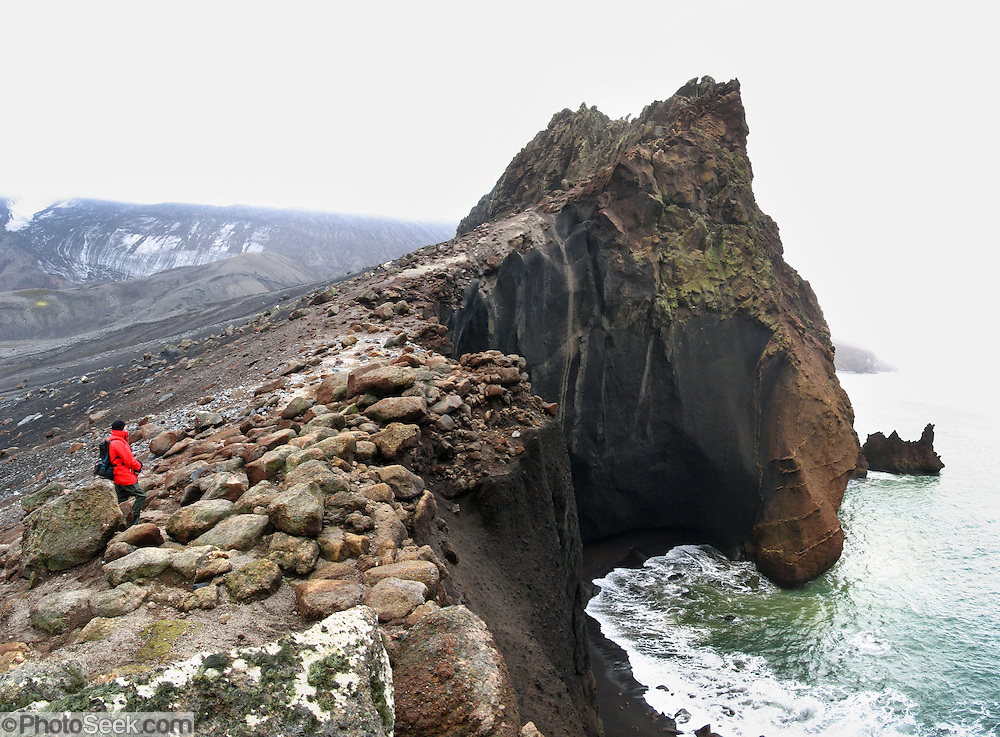