Gentoo Penguins (Pygoscelis papua) emerge from iceberg bejeweled waters of the Southern Ocean to waddle to their summer colony on Cuverville Island, Antarctica. The adventure cruise ship M/S Explorer anchors offshore in 2005. An adult Gentoo Penguin has a bright orange-red bill and a wide white stripe extending across the top of its head. Chicks have grey backs with white fronts. Of all penguins, Gentoos have the most prominent tail, which sweeps from side to side as they waddle on land, hence the scientific name Pygoscelis, "rump-tailed." As the the third largest species of penguin, adult Gentoos reach 51 to 90 cm (20-36 in) high. They are the fastest underwater swimming penguin, reaching speeds of 36 km per hour. Cuverville Island is in Errera Channel off the west coast of Graham Land, the north portion of the Antarctic Peninsula. Reuters News Pictures Service published this image in stories on the M/S Explorer, which sank after hitting an iceberg in 2007 and now lies sunk 600 meters deep in the Southern Ocean. The Explorer, owned by Canadian travel company GAP Adventures, took on water after hitting ice at 12:24 AM EST on Friday November 23, 2007. 154 passengers and crew calmly climbed into lifeboats and drifted some six hours in calm waters. A Norwegian passenger boat rescued and took them to Chile's Antarctic Eduardo Frei base, where they were fed, clothed, checked by a doctor, and later flown to Punta Arenas, Chile. The ship sank hours after the passengers and crew were safely evacuated. 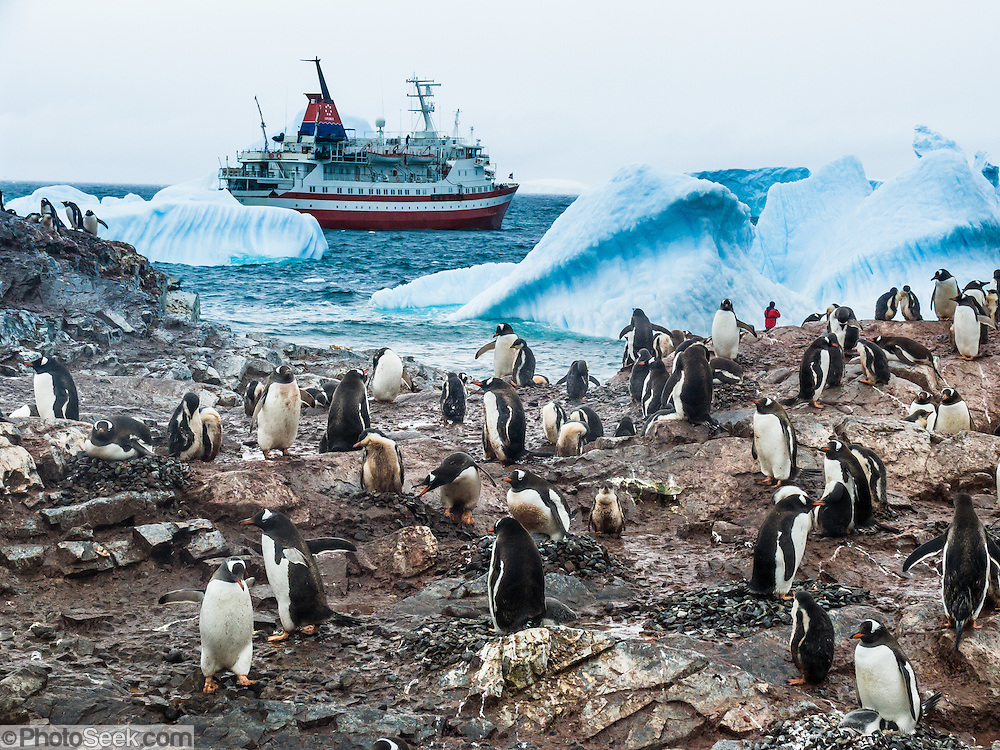