Nicknamed "Kodak Gap" for its spectacular peaks above a narrow passage, Lemaire Channel lies off of Antarctica, between Kiev Peninsula in the continent's Graham Land and Booth Island. Steep cliffs hem in the iceberg-filled strait, which is 11 km long and narrows to just 1600 meters wide. Lemaire Channel was first seen by the German expedition of 1873-74, but not traversed until December 1898, when the Belgica of the de Gerlache expedition passed through. De Gerlache named it for Charles Lemaire (1863-1925), a Belgian explorer of the Congo. Popular Antarctic cruises are now attracted to Lemaire Channel by protected waters that are often as still as a lake (a rarity in the storm-wracked Southern Ocean), and the north-south traverse delivers vessels close to Petermann Island, home of the world's southernmost colony of Gentoo Penguins. The principal difficulty is that icebergs may fill the channel, especially in early season, obliging a ship to backtrack around the outside of Booth Island to reach Petermann. 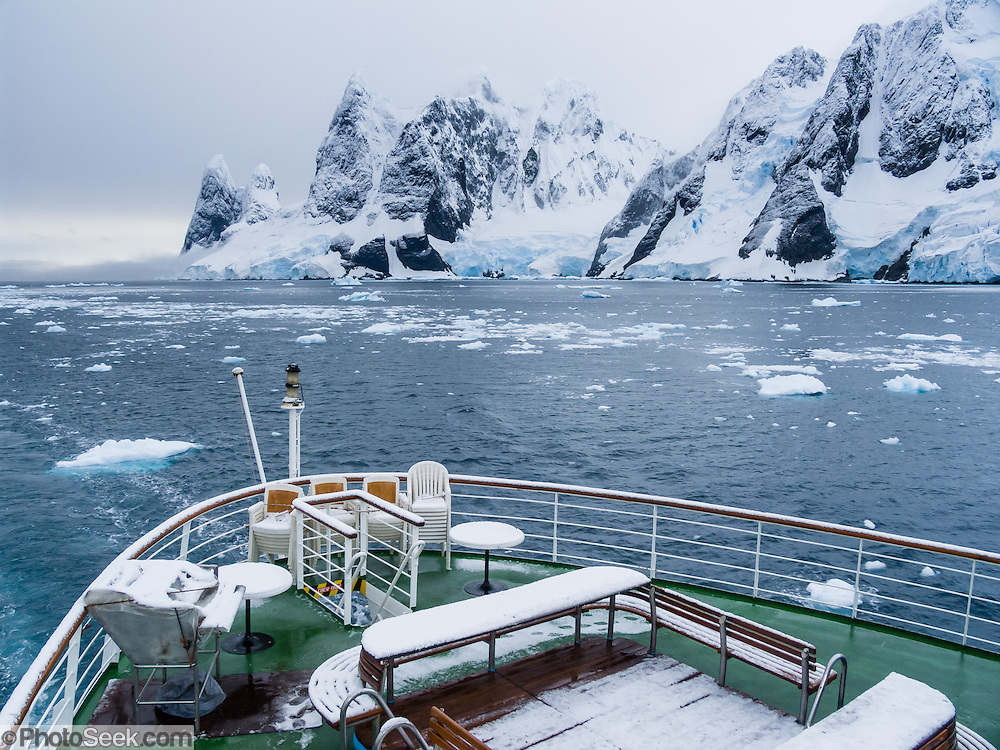