A flock of seabirds flies behind a shipwreck skeleton. In 1906, the crew of the sailing ship Peter Iredale took refuge at Fort Stevens, after she ran aground on Clatsop Spit. The wreck is visible today, within Fort Stevens State Park, along the Oregon Coast, USA. Active from 1863–1947, Fort Stevens was an American military installation that guarded the mouth of the Columbia River in the state of Oregon. Built near the end of the American Civil War, it was named for a slain Civil War general and former Washington Territory governor, Isaac I. Stevens. 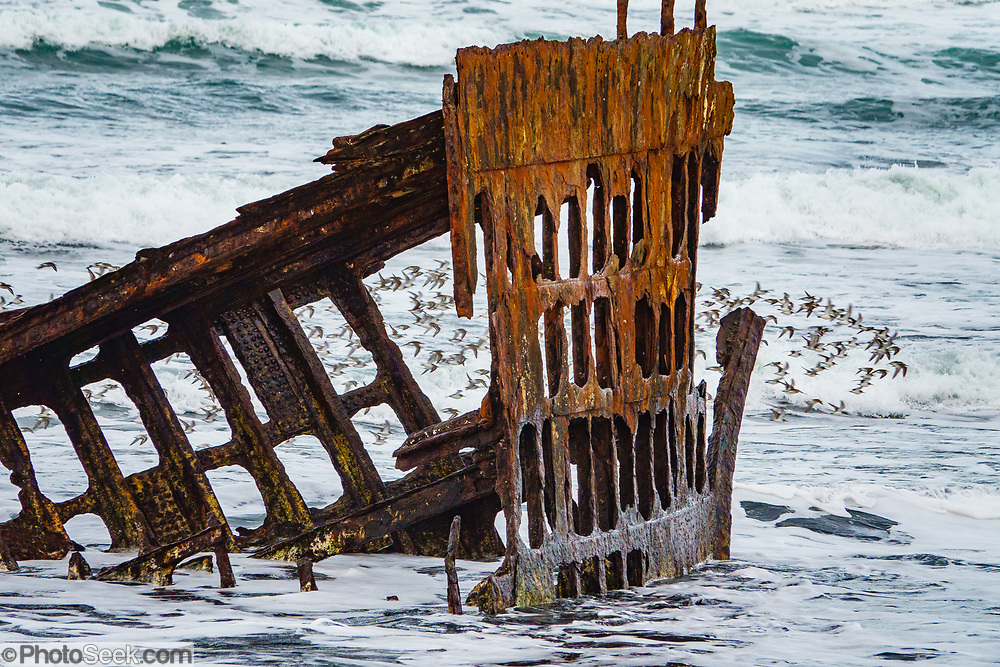