Battery Russell Lower Ammunition Bunker and Quarters at Fort Stevens State Park, Oregon Coast, USA. Active from 1863–1947, Fort Stevens was part of a three-fort American miltary system defending the mouth of the Columbia River. Built near the end of the American Civil War, it was named for a slain Civil War general and former Washington Territory governor, Isaac I. Stevens. In June 1942 during World War II, a Japanese submarine fired 17 rounds upon Fort Stevens (luckily causing causing no real damage), making it the only military base on the Continental United States to be fired upon by an enemy since the War of 1812. 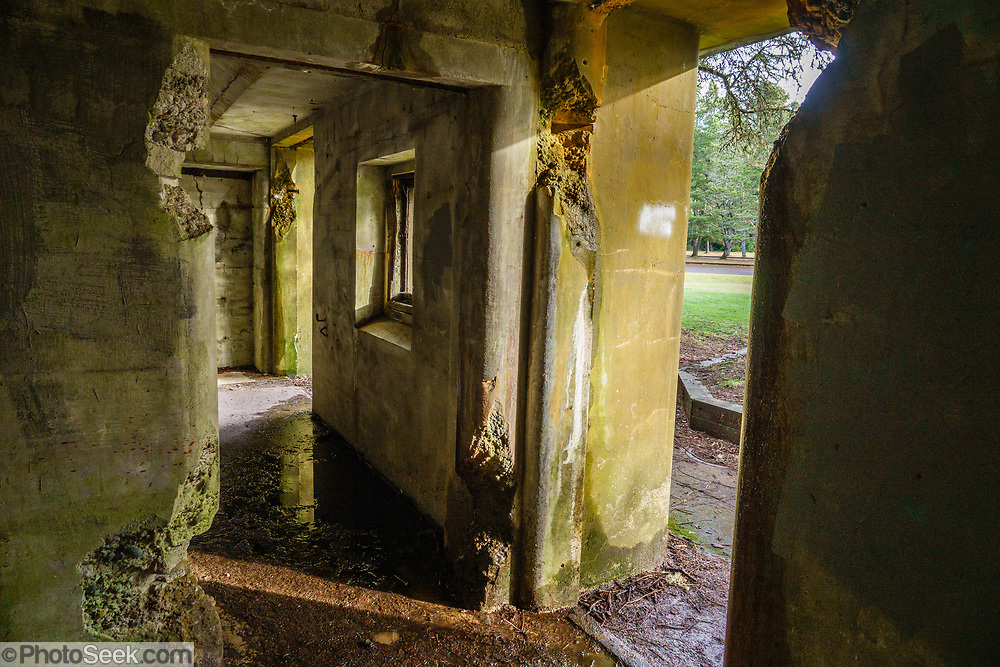