Vajen-Bader smoke helmet for firefighters displayed at the Strategic Air Command & Aerospace Museum in Ashland, Nebraska, USA. The round eyes have mica for fireproof viewing and even condensation wipers! Made in Indiana in the 1890s, the helmet let firemen carry their own oxygen supply (in an attached compression tank) and protected them from smoke and falling debris. The technology would later be applied to high-altitude flight. This museum focuses on aircraft and nuclear missiles of the United States Air Force during the Cold War. The US Air Force's Strategic Air Command (SAC) served 1965-1992 as nuclear air defense during the Cold War. (In 1992, SAC was ended, by reorganization into other units.) The museum's imposing aircraft and various war exhibits are a sobering reminder of the ongoing nuclear era, of which the 1962 Cuban Missile Crisis was the scariest event. Also included are space exhibits. 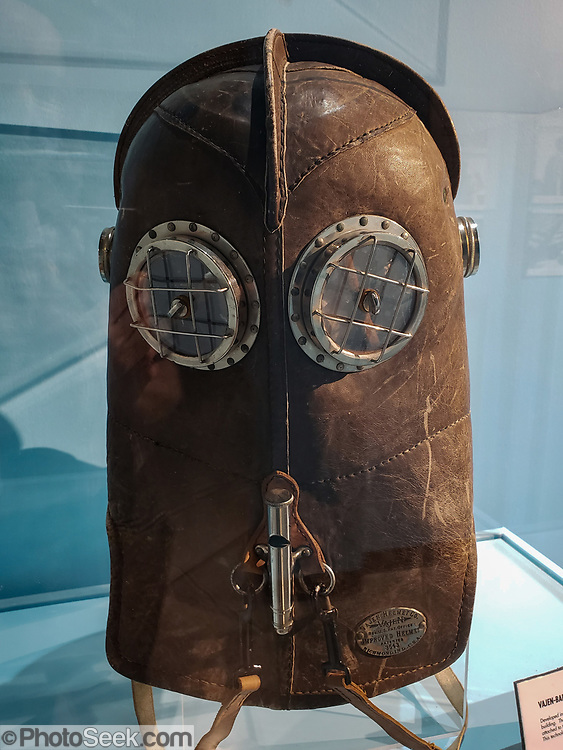