Lockheed SR-71A Blackbird (USAF s/n 61-7964) inside the entrance of the Strategic Air Command & Aerospace Museum in Ashland, Nebraska, USA. The Lockheed SR-71 Blackbird is a long-range, high-altitude, Mach 3+ strategic reconnaissance aircraft that was operated by both the United States Air Force (USAF) and NASA (from 1966-99). During aerial reconnaissance missions, the SR-71 could outrace threats using high speeds and altitudes (85,000 feet). As of 2021 the SR-71 continues to hold the official world record it set in 1976 for the fastest air-breathing manned aircraft: 2,190 mph or Mach 3.3. This museum focuses on aircraft and nuclear missiles of the United States Air Force during the Cold War. The US Air Force's Strategic Air Command (SAC) served 1965-1992 as nuclear air defense during the Cold War. (In 1992, SAC was ended, by reorganization into other units.) The museum's imposing aircraft and various war exhibits are a sobering reminder of the ongoing nuclear era, of which the 1962 Cuban Missile Crisis was the scariest event. 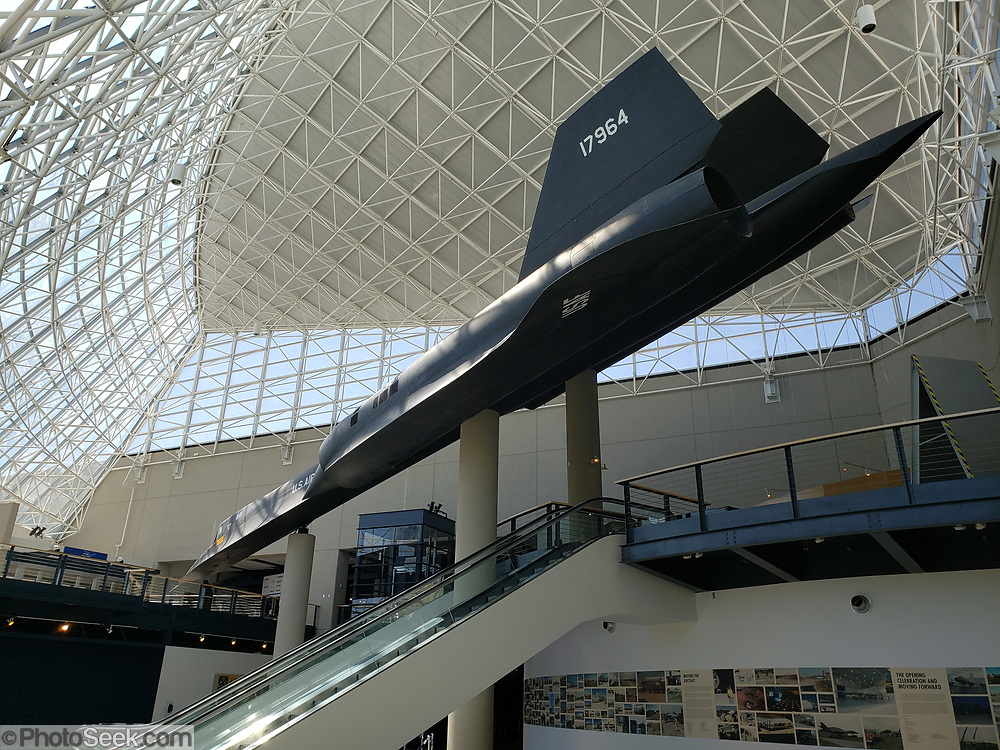