Basement rocks of Vishnu Schist and Zoroaster Granite in Garnet Canyon. Hike to Garnet Canyon from a beach at Colorado River Mile 115.5 (measured downstream from Lees Ferry). The Vishnu Basement Rocks average about 1,700 to 2,000 million years old and consists of mica schist. These were originally sediments of sandstone, limestone and shale that were metamorphosed and combined with metamorphosed lava flows to form the schist. This layer along with the Zoroaster Granite were once the roots of an ancient mountain range that could have been as high as todays Rocky Mountains. The mountains were eroded away over a long period then topped by new sediments deposited by advancing and retreating seas. The crystalline Vishnu Basement Rocks underlie the Bass Limestone of the Unkar Group of the Grand Canyon Supergroup and the Tapeats Sandstone of the Tonto Group. These basement rocks consist of metamorphic rocks collectively known as the Granite Gorge Metamorphic Suite, sections of which contain granitic pegmatite, aplite, and granodiorite that have intruded into fractures as dikes. Day 8 of 16 days rafting 226 miles down the Colorado River in Grand Canyon National Park, Arizona, USA. 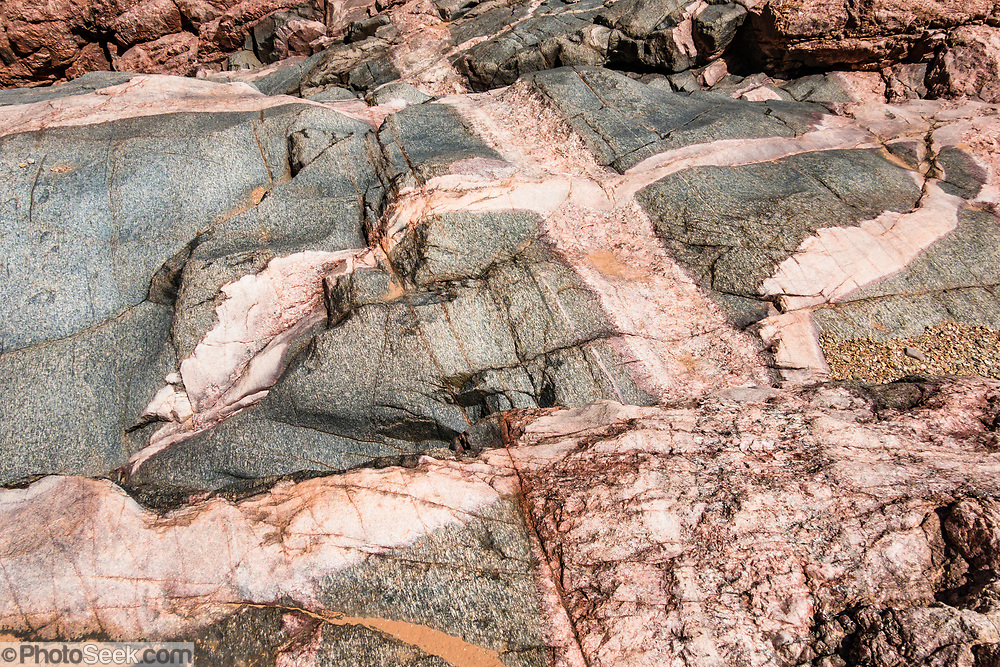