Ruinaulta (or Rheinschlucht, the Rhine Gorge of Switzerland, or Swiss Grand Canyon) was created by the Anterior Rhine between Ilanz/Glion and Reichenau, in the debris of the Flims Rockslide, in eastern Switzerland, the Alps, Europe. Panorama cars of the Glacier Express train, operated jointly by the Matterhorn Gotthard Bahn (MGB) and Rhaetian Railway (RhB), provide views through the Rhine Gorge. Its local name Ruinaulta means "high heap of rubble", referring to the bizarre whitish rock formations, debris from a prehistoric rockslide that 10,000 years ago blocked the Rhine (near Flims) after the retreat of the Ice Age valley glacier. Since then, river erosion has cut an impressive gorge. Protected by cliffs several hundred meters high, the forested area is a haven for wildlife. This stretch of the river, now popular for rafting, was largely inaccessible until the Chur-Ilanz section of Rhaetian Railway, or Rhätische Bahn (RhB), opened in 1903. In 2008, the "Rhaetian Railway in the Albula/Bernina Landscapes" (the part from Thusis to Tirano, including St Moritz) was honored as a UNESCO World Heritage Site. Rheinschlucht is just upstream of the Anterior Rhine's confluence with the Posterior Rhine at Reichenau in the Grisons/Graubünden/Grigioni/Grischun canton of Switzerland. 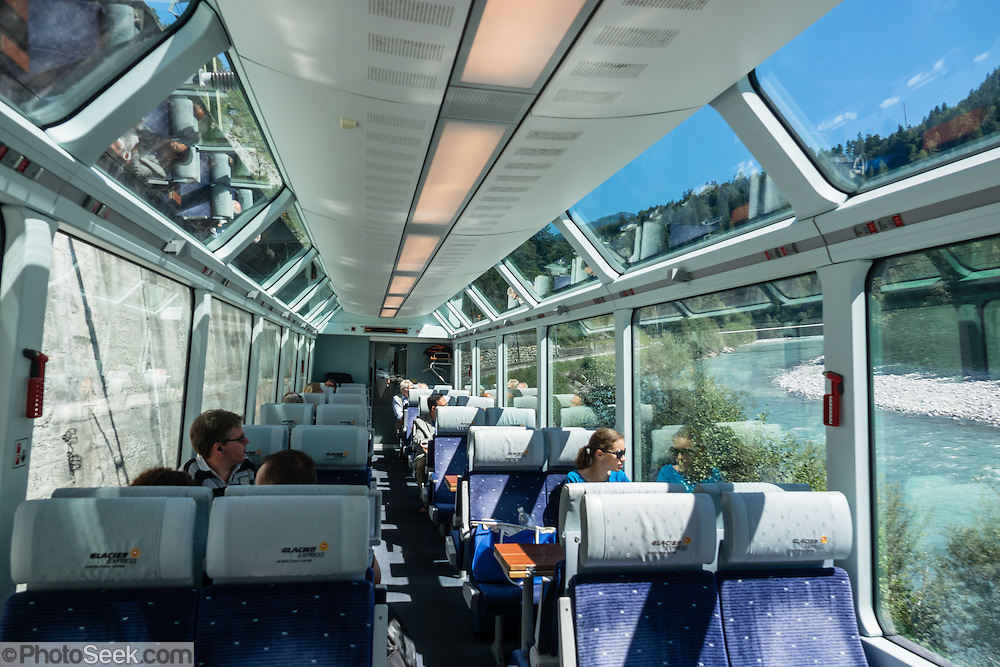